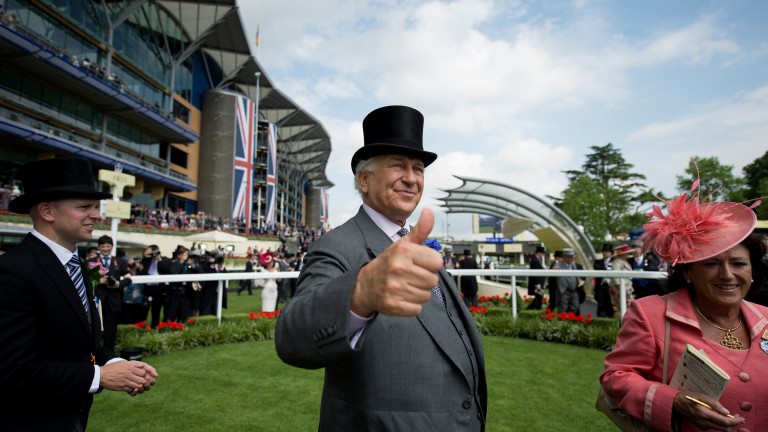 Sir Evelyn de Rothschild: has not given thumbs up to Kempton plans
Edward Whitaker (racingpost.com/photos)
1 of 1
By David Baxter 8:22PM, JAN 29 2017

An honorary Jockey Club member and former chairman of United Racecourses, one-time owner of Kempton racecourse, has condemned plans to sell the track as an "act of cultural vandalism".

Sir Evelyn de Rothschild is the first member of the Jockey Club to publicly criticise the group's proposal to shut Kempton and sell the estate for the development of 3,000 houses.

De Rothschild, who served as chairman of United Racecourses, former owner of Kempton, Sandown and Epsom, from 1977 to 1994, also revealed he was not advised of the plans in advance of them being made public.

"I have felt rather upset I was not consulted and read about the proposal in the press," he told the Mail on Sunday. "It is not only a potential tragedy for British racing, it is also completely unnecessary. I care about the green belt and the need to preserve such a multi-purpose site.

"It is the task of those who love racing and the green space it provides to put their shoulders to the wheel. To allow this completely avoidable act of cultural vandalism to proceed would be a grave dereliction of duty."

De Rothschild is keen for Kempton to remain part of the British racing landscape, and suggested the venue be used for other means of entertainment in an effort to raise additional funds.

"Consider how much more successful it could be if it became a hub for outdoor concerts or any number of other lucrative events," he said.