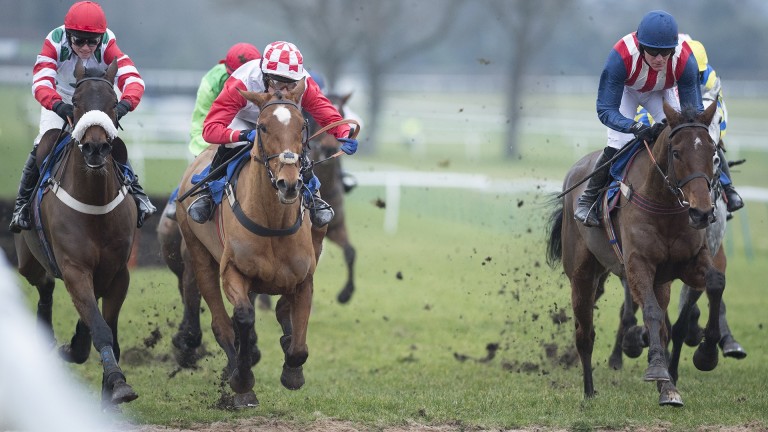 De Rasher Counter (right) is on target for the Ladbrokes Trophy
Edward Whitaker (racingpost.com/photos)
1 of 1
By David Baxter 6:00PM, NOV 27 2019

All eyes will be on Paisley Park at Newbury on Friday, but the reigning champion staying hurdler is not the only star on show from Emma Lavelle's yard at the meeting with De Rasher Counter a leading contender for Saturday's Ladbrokes Trophy.

The seven-year-old is a general 10-1 shot to provide Lavelle with a first victory in the race and the trainer is looking forward to what could be a memorable weekend.

"I couldn't be happier with him," Lavelle said of De Rasher Counter on Wednesday. "He's absolutely where I want him to be going into the race. He acts on any ground and he's won around Newbury.

"It's an interesting race this year because on paper at this stage there is no outstanding horse. It's a strong field of quality handicappers which makes it exciting and unbelievably competitive, so we'll see what happens."

Twice a winner over fences from six starts and a fair sixth on his seasonal reappearance over hurdles at Uttoxeter last month, De Rasher Counter possesses the right sort of profile for the Ladbrokes Trophy, though the race represents a rise in quality.

The big-race atmosphere will be another new experience for the son of Yeats but Lavelle is confident the second-season chaser can handle the occasion.

She said: "He can be a bit hot in the preliminaries so we'll be keeping a lid on him in that respect. I think he should be fine. I'd hope we wouldn't be in the main melee for the early part of the race and then he can get in his rhythm."

Conditional Ben Jones, who has emerged as a rising star this season, has been booked to ride though Lavelle did add that Adam Wedge, who was aboard for both of De Rasher Counter's chase wins, would retain the partnership if he was not required at Newcastle on Saturday. 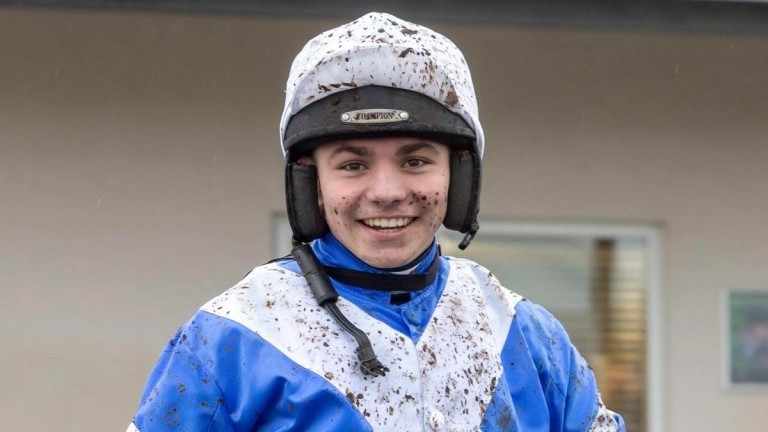 Ben Jones: has enjoyed an excellent start to the season

"Ben has done very well for us and is coming in to give the horse a pop on Thursday, and it's more likely he'll be riding on Saturday than not," Lavelle said.

Jones is looking forward to another big-race ride and the jockey said: "He seems to be in good order and all being well he should run a decent race."

The ground at Newbury was described as good to soft, soft in places on Wednesday, and clerk of the course Keith Ottesen said of conditions: "It's due to be dry overnight and for quite a part of Thursday followed by showers on Thursday night.

Temperatures could drop to around freezing on Thursday and Friday night, but Ottesen is not concerned and added: "We're prepared to put covers down if necessary but it's not looking threatening."