De Bromhead: Notebook is a dream and he seems to love it 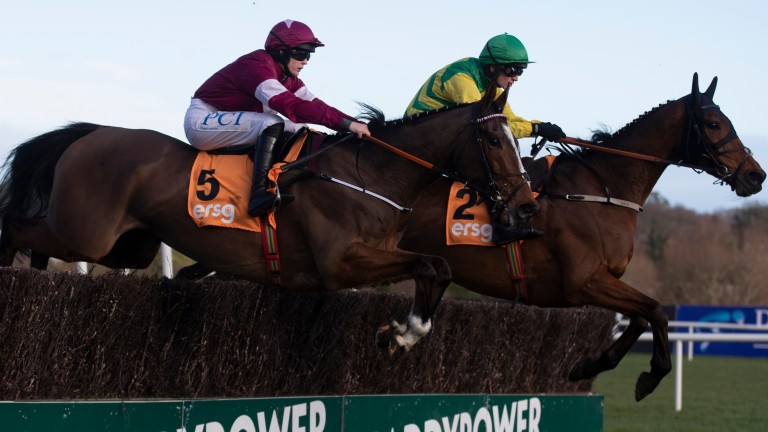 Notebook (near side) held off the challenge of Cash Back to win again at Leopardstown
Patrick McCann (racingpost.com/photos)
1 of 1
By David Jennings 5:22PM, FEB 1 2020

A 135-rated hurdler is now clear favourite for the Racing Post Arkle at Cheltenham – and rightly so. Nobody in their right mind could argue about it.

Notebook is the latest in the growing collection of moderate Henry de Bromhead-trained hurdlers who have been transformed into top-class chasers.

He is now as short as 5-2 with bet365 and Boylesports for festival glory, while the biggest price on offer is 100-30 with William Hill.

We were deprived of a rematch between Notebook and Fakir D'Oudairies after their Christmas cracker when Joseph O'Brien erred on the side of caution and withdrew his exciting five-year-old because of the drying ground.

There were still four of the top six in the ante-post Arkle market and Notebook confirmed himself best of the bunch with another superb round of jumping. He makes it look effortless, as though he cannot wait for another fence to come along once one has been negotiated.

De Bromhead said: "He had to tough it out and he jumped brilliant. Cash Back gave us some race there. He'll go straight to the Arkle now and fingers crossed we get a clear run. He seems to have won on everything but he's probably marginally better on better ground.

"It was a super ride from Rachael and some race. We were lucky we came out on top in the end. We've five weeks now, so we'll freshen him up and try and have him as right as we can." 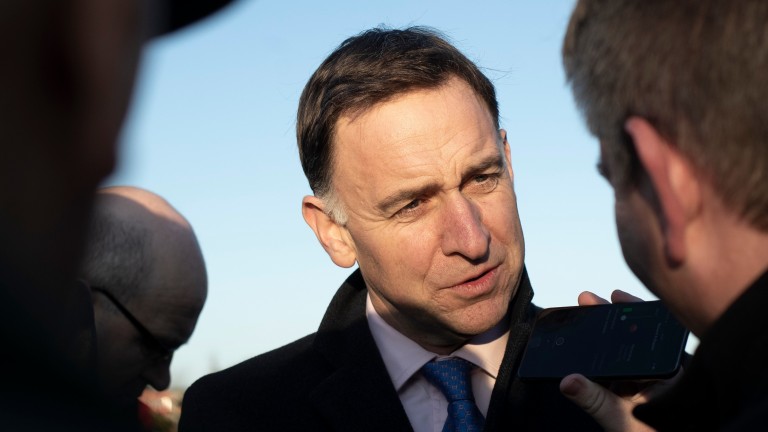 Henry de Bromhead: "You saw Notebook's jumping out there. It was brilliant"
Patrick McCann (racingpost.com/photos)

So, Henry, can you explain how Special Tiara was only rated 116 over fences and went on to win a Champion Chase? Or why Notebook is now the Arkle favourite after winning a second Grade 1 on the trot?

The trainer replied: "A few of ours have improved a lot over fences through the years. Special Tiara was a 116-rated hurdler and Ordinary World is rated 120. Some of them need a fence and you saw Notebook's jumping out there. It was brilliant.

"He's a dream and he just seems to love it. Also, I was running him over the wrong trip for most of last year, so you can blame me for that."

Notebook has the ideal partner in Blackmore, who appears to love fences almost as much as he does.

Watch: Notebook battles to beat Cash Back in the Arkle Novice Chase

The winning jockey, who was winning her seventh Grade 1 and went on to add another on Honeysuckle in the feature, said: "He’s such a pleasure to ride. He attacks his fences but he’s well able to shorten as well. He’s class. It felt like I was in front too soon but he was ahead at the right place anyway."

Notebook was certainly ahead at the right time, but he did not have it all his own way. Cash Back gave as good as he got all the way around and it was only halfway up the run-in that the Mullins-trained novice gave in.

Cash Back has pace, he jumps well and he battles, so he too deserves his spot in the Arkle after this three-quarters-of-a-length defeat.

FIRST PUBLISHED 5:22PM, FEB 1 2020
I was running him over the wrong trip for most of last year, so you can blame me for that