Plenty was already known about Denman's ability to pound his rivals into submission from his unbeaten novice chasing career but he was set a huge task by Paul Nicholls on his first start in senior company.

Carrying 9lb more than his nearest rival and making his first public appearance since a dominant display in the RSA Chase eight months previously, Denman blew away any cobwebs as well as his opposition in a brutal demonstration of power.

In charge from early on the second circuit, he and Sam Thomas forged relentlessly clear up the Newbury straight, posting a remarkable Racing Post Rating of 183 on his way to an 11-length victory 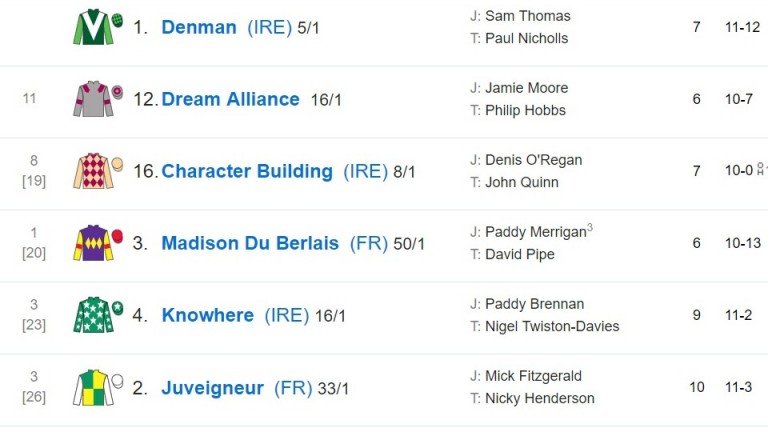 From the moment Denman cruised to success at Newbury, the whole racing world looked forward to the potential clash with his next door neighbour in the Nicholls yard and reigning champion Kauto Star.

The race lived up to the hoped-for drama though it departed from the script many had pre-written, as Kauto Star was taken out of his usually fluent rhythm by an indomitable Denman.

Ruby Walsh was already sending out distress signals running down the hill to the final turn in as Thomas and Denman simply piled on the pressure.

The winning margin was seven lengths back to the gallant Kauto Star, leaving no doubt on that brilliant March day Denman was the best chaser in the land. 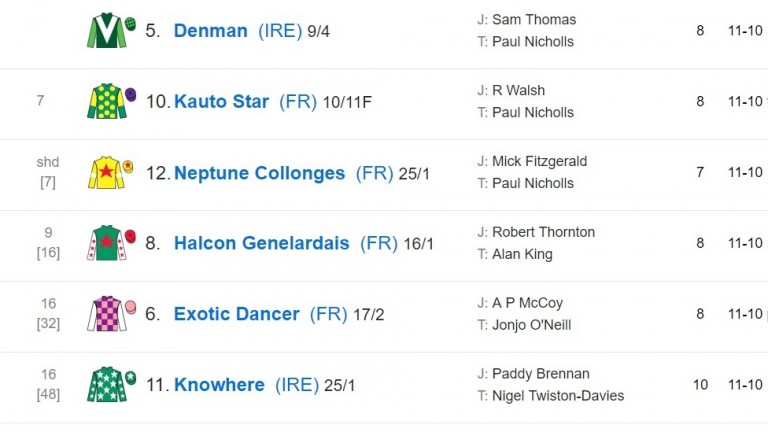 There were an army of doubters who believed Denman would never recover his full powers in the wake of a heart murmur in the summer of 2008 and an inconsistent campaign in the spring of 2009 which culminated in a tired fall at Aintree.

But Nicholls produced him in full fighting order for his seasonal reappearance in the Hennessy, with the former Gold Cup hero now required to carry virtually a stone more than any other horse in the line-up.

Walsh was once again positive on the now nine-year-old and, although his old ally Thomas came out of the chasing pack to throw down a determined challenge aboard What A Friend, even a 22lb pull in the weights wasn't enough to deny Denman another career-defining success, one that matched his 2007 Hennessy on the figures. 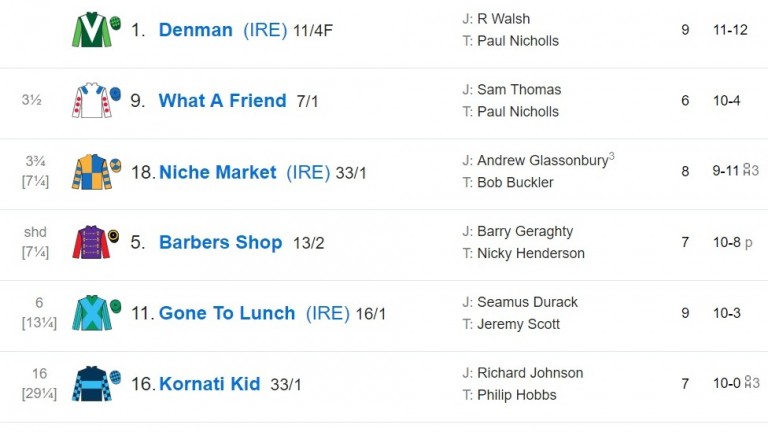 Pedigree By Presenting (1995 Derby third) out of Polly Puttens, by Pollerton

FIRST PUBLISHED 10:42AM, JUN 6 2018
Kauto Star was taken out of his usually fluent rhythm by an indomitable Denman