Dawn Of Hope 'in excellent nick' ahead of Snow Fairy showdown 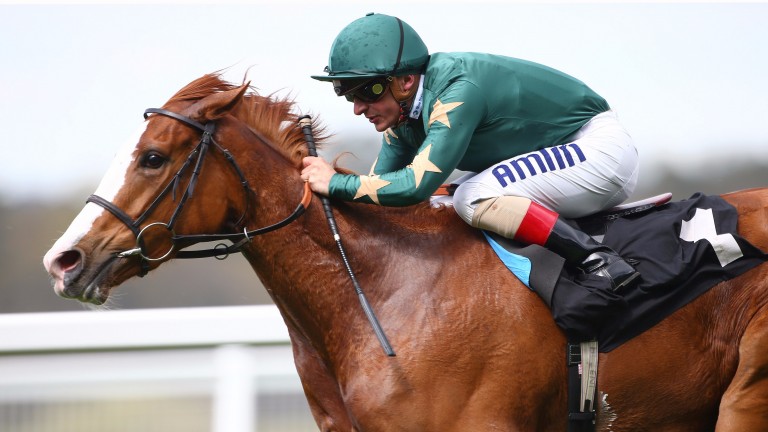 Dawn Of Hope has had the form of her most recent start behind Lincoln Rocks at Pontefract has been well-franked
Charlie Crowhurst
1 of 1
By Mark Boylan UPDATED 7:37PM, AUG 26 2017

Britain is strongly represented in this race, which is fitting considering it is named in honour of a flying filly who was no stranger to crossing the Irish Sea to secure spectacular successes.

Roger Varian, who landed the Group 1 Pretty Polly Stakes with Nezwaah at the Curragh last month, bids is represented by French Listed winner Dawn Of Hope.

Fresh from victory with the impressive Ulysses at York this week, Sir Michael Stoute saddles Intimation, who finished third in a Gowran Group 3 before landing a Listed event at Naas last autumn. 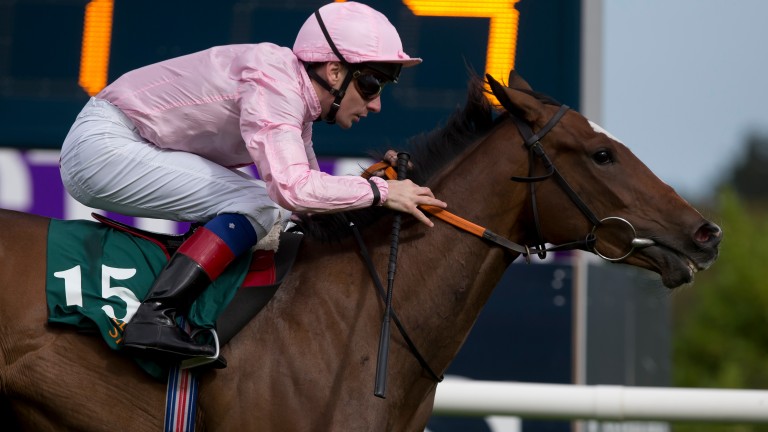 Aidan O’Brien’s ill-fated Somehow ran out an emphatic winner of this race last year, continuing the Ballydoyle handler’s excellent record in the race, but Jessica Harrington is also a trainer who tends to do well here.

The pair have won this in five of the last six years and Ballydoyle send four fillies into battle this time. Rain Goddess, the choice of Ryan Moore, looks their main dart, but she is without a win in seven starts this season and produced a slightly underwhelming effort in the Grade 1 Beverly D Stakes last time, her fourth top-level race of 2017.

Harrington is doubly represented in her bid to win this race for a third time. She sends out Beautiful Morning, who has performed well since joining this team, and Signe, who makes her first start since joining from William Haggas.

Aidan O’Brien, trainer of Rain Goddess, Key To My Heart, Pavlenko and Puppetshow
Rain Goddess seems to be in good form since returning home from America. Pavlenko ran well two starts ago, finishing third in a Listed race at Cork, while Key To My Heart is a stakes winner over a mile and a quarter, so we’re hoping to pick up some black type. Puppetshow will be ridden patiently and we’ll hope to collect some black type.

Jessica Harrington, trainer of Beautiful Morning and Signe
Beautiful Morning has had a couple of nice runs this season but has been off for a while and I hope she’ll run well on ground that should be perfect. Signe is a beautifully bred filly and I’m hoping to get a bit of black type for her.

Karl Burke, trainer of Aim To Please
She ran below expectations at York last time, but I don’t think she’d acclimatised. She’d done a lot of travelling in hot weather, ran at Ascot and then came up here. We’re still learning about her but she’s looking better than she did at York.

Roger Varian, trainer of Dawn Of Hope
She stayed on stoutly when runner-up at Pontefract so we were keen to try her over this intermediate trip. She has a wide draw, but won’t mind any ease in the ground and seems in excellent nick.

Chris Richardson, managing director of Cheveley Park Stud, owner of Intimation
She loves easier going and has improved over the winter. It’s been a case of waiting for the right opportunity. We had her in at York, but the ground changed.

FIRST PUBLISHED 6:00PM, AUG 26 2017
I think she has improved over the winter. It's been case of waiting for right opportunity on the ground she wants