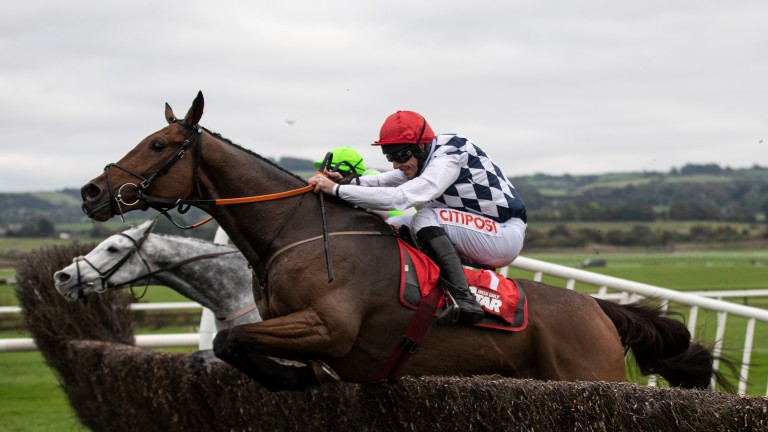 Davy Russell: will miss out on the ride aboard Galvin in the Champion Chase at Down Royal
Patrick McCann (racingpost.com/photos)
1 of 1
By Racing Post staff UPDATED 3:26PM, OCT 30 2021

Davy Russell was stood down after the second race at Down Royal on Saturday with a dead leg. Russell was due to ride Galvin in the Champion Chase and was replaced by Jamie Codd, with the pair finishing second to Frodon in the Grade 1.

Russell sustained the injury when The Greek fell at the second-last in the 2m1f maiden hurdle.

He earlier rode Fil Dor to victory in the opening three-year-old hurdle, the first in a treble for Gordon Elliott.

Jack Kennedy, who rode 4-9 favourite Mighty Potter to win the second race, deputised for the jockey aboard Eskylane in the following handicap hurdle.