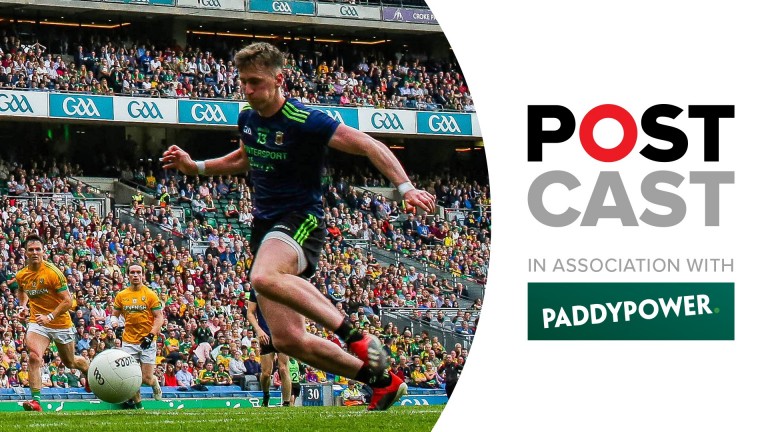 On the show:
- It's a football special in the GAA Postcast with David, Paddy and Damien previewing all four Super 8 games before the All-Ireland semi-finals.

- As ever the team look at the handicaps, give their best bets for each game and reveal their NAPs for the weekend.

- Plus, there's the usual quickfire questions as Paddy O'Rourke reveals his best six Dublin forwards of all time.

Don't forget, you can enjoy an enhanced treble based on the lads' tips at Paddy Power: http://bit.ly/2Jd2fiG