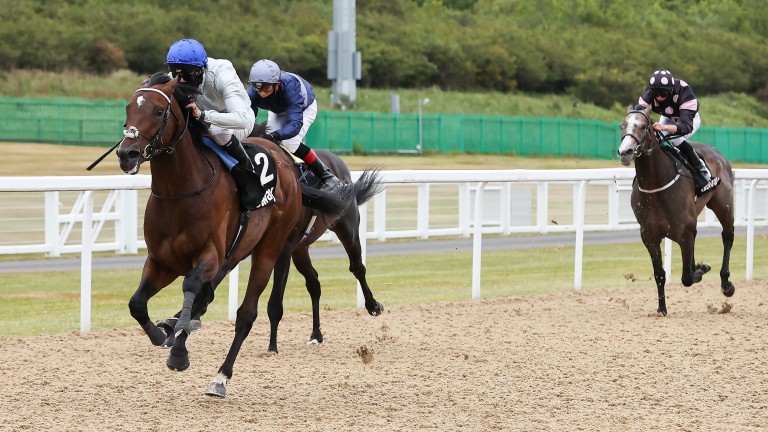 An ounce of revelation is worth a pound of speculation. Praise be, racing is back and you can base your list on real track action rather than hopeful conjecture.

That is vital when it comes to judging three-year-olds, who may not have been seen for nine months when they reappear, which can be a quarter of their lives – huge changes, for good and bad, can take place in that time.

The first week's racing showed that Kameko is an obvious choice, a high-class juvenile who has trained on into a classic winner and looks the one to beat in the Derby.

The 1,000 Guineas winner Love is another obvious choice while the burst of speed that Palace Pier showed in coming from three lengths down to the same margin clear in the blink of an eye at Newcastle marked him out as a further three-year-old to be interested in wherever he goes next.

And Frankly Darling, a stablemate at John Gosden's yard, won a maiden at the same track on the first day back in a style that shouted Group-race middle-distance filly.

Of course, some things can still be taken on trust. Such as that Enable looks the most likely winner at this stage of the Eclipse and several other Group 1s this season.

Queen Elizabeth II Stakes winner King Of Change was still progressing last autumn, is bred to improve again at four and looks the pick of the older milers.

We will be extraordinarily lucky if a better 5f sprinter than Battaash is unearthed in 2020 while the lightly raced Hello Youmzain has more to offer and is already a high-class 6f horse.

FIRST PUBLISHED 6:00PM, JUN 13 2020
The burst of speed that Palace Pier showed marked him out as a three-year-old to be interested in wherever he goes next

New option for Palace Pier as Qipco British Champions Day entries are revealed Ryan Moore: 'I try not to offend anyone but for me it's always about the horses' Racing has its problems and it's up to racing to solve them A true icon is a rare beast indeed - but brilliant Battaash is more than worthy Will Baaeed end the year as the best miler in Europe? Our experts have their say Groom-to-be Buick loved up for more than one reason as Suesa strikes