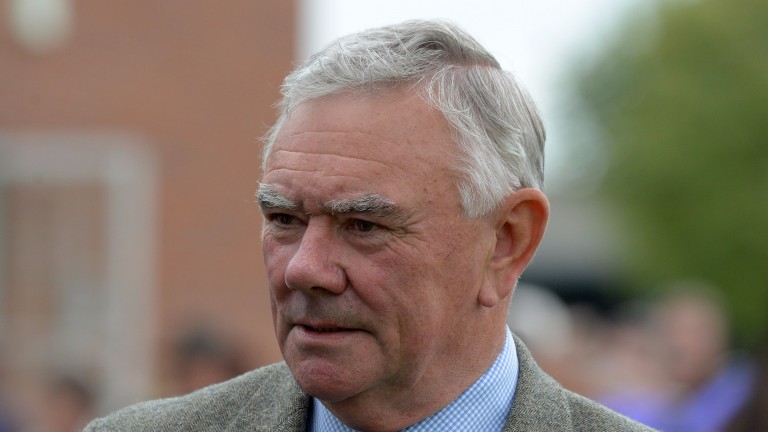 Graham Gibbons is riding out for several trainers including David Barron
1 of 1
By Matt Butler UPDATED 7:23PM, JUN 28 2019

David Barron was the largest provider of rides to Graham Gibbons prior to the jockey's two-and-a-half year ban and has offered his backing as the rider bids to renew his career in the saddle.

Gibbons has reapplied for his licence to ride following the end of his suspension for testing positive for cocaine and coercing a colleague to swap urine samples with him, and is awaiting a response from the BHA licensing and medical department.

Gibbons has been riding out for a number of trainers in preparation for a potential return to the course, including Yorkshire-based Barron, who has used the 37-year-old more than any other jockey.

Barron said: “He’s been riding out for quite a while here now. Graham’s in good form, I just hope everything goes right for him."

Graham Gibbons: has reapplied for his licence to ride
Martin Lynch (racingpost.com/photos)

The pair have teamed up for 1,109 rides in Britain, winning on 177 occasions and collecting £1,803,379 in prize-money. Their most lucrative success together came with Wolowitz at the All-Weather Championships in March 2016.

They were also a punters' friend, as a £1 stake on each of the combination's runners equated to an impressive profit of £51.63.

Barron expects Gibbons to be in demand if his application is successful and added: "I’m sure myself and a lot of others will want to use him plenty. When you see him riding out now, he’s the same as he always was."

FIRST PUBLISHED 6:34PM, JUN 28 2019
Graham's in good form, I just hope everything goes right for him