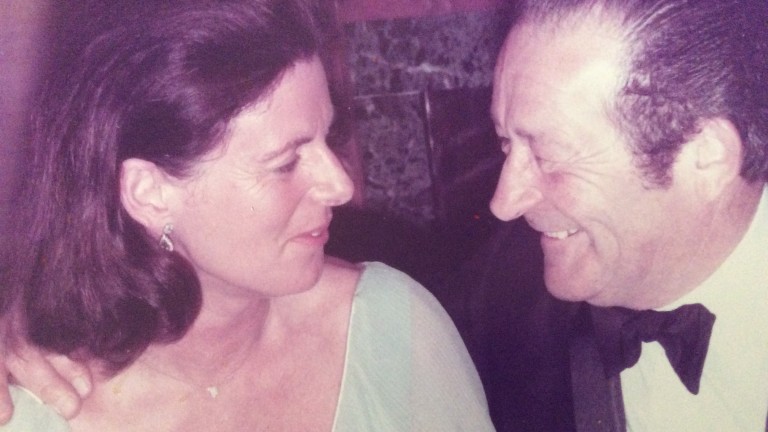 The Lambourn racing community will next week remember and honour one of its long-time favourite friends following the death of Diana Winter, for nearly half a century the wife of turf legend Fred Winter.

Winter, known throughout the sport as Di, was a constant presence at the side of the former champion jockey and trainer, through good times and bad, from their marriage in 1956 until his death in 2004.

After Fred Winter, associated with stars such as Mandarin, Bula, Pendil, Crisp and Midnight Court, suffered a second stroke in 1987, one that was accompanied by a fall, his wife cared for him at home, where she herself passed away last week, aged 83, with daughters Philippa Jacomb and Denise Sherwood at her side. Her other daughter, Jo, died in 2011.

Speaking on Thursday, Jacomb said: "They were a devoted couple and adored each other. It was one of those lovely old-fashioned marriages.

"When Daddy had his accident, Mummy was so young and our lives changed completely. That was heartbreaking but she was amazing and coped.

"She only went racing once a year, on the day of Daddy's race at the Cheltenham Festival, but she used to watch racing every day on television. If you spoke while it was on you were in a lot of trouble. Even if the grandchildren were there on a Saturday afternoon, it was, 'shush, shush, shush', until the last race had been run."

Winter's memorial service, which takes place in Lambourn's Catholic church on Wednesday, March 8, at 2pm, is likely to be attended by many of jump racing's biggest names.

Jacomb added: "She was so staunch, so strong and never spoke about her pain. I know my father and Jo will be thrilled to have her back."