Dashing Willoughby returns to the winner's enclosure after landing a gamble in the Queen's Vase
Edward Whitaker
1 of 1
By Tom Collins UPDATED 7:30PM, JUN 19 2019

It had been a nervous few days in the lead-up to the Queen's Vase for trainer Andrew Balding as Dashing Willoughby was "very lame" on Saturday, with his date with destiny just 96 hours away.

However, overnight work from the Kingsclere team ensured he was right as rain come Sunday morning and he rewarded their efforts by landing a significant gamble in the 1m6f Group 2 under Oisin Murphy, much to the delight of punters.

Sent off at 6-1 after being available at 14-1 in the morning, Dashing Willoughby tracked the pace set by Nayef Road and showed great grit and determination to fend off tenacious duo Barbados and Nayef Road, who battled on for second and third.

An overjoyed Balding, who was gaining compensation after being pipped in the Queen Anne Stakes with Beat The Bank on Tuesday, said: "We had a little hiccup on Saturday morning as Dashing Willoughby was very lame.

"He had a blood blister in his foot and the farrier and head lad worked through the night to get it right. Happily, he was right 12 hours later and we're just delighted that he's come good."

All of Dashing Willoughby's four previous starts on turf had come on rain-softened ground and the downpours that drenched the Berkshire track – much to the dismay of racegoers – was fantastic news for connections. 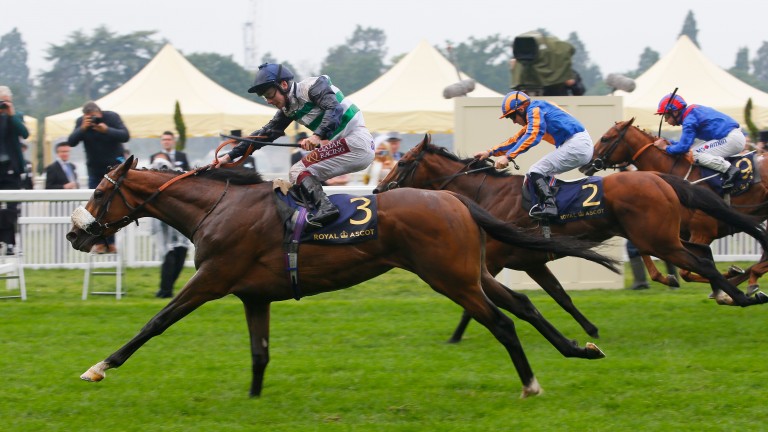 "We were pretty hopeful coming into the race and the rain certainly was in his favour," Balding added. "He's got a bit of talent."

Oisin Murphy, the former Kingsclere apprentice who many believe is on his way to a first champion jockey title, showcased his skill in the saddle by keeping Dashing Willoughby straight as he tried to veer off a true line inside the final furlong.

Having ridden his first – but surely not last – winner of the week, a jubilant Murphy, who was grinning from ear to ear as he entered the winner's enclosure, said: "He's a son of Nathaniel and he loved that ground.

"I'm thrilled and I'm delighted to ride a Royal Ascot winner for my first boss." 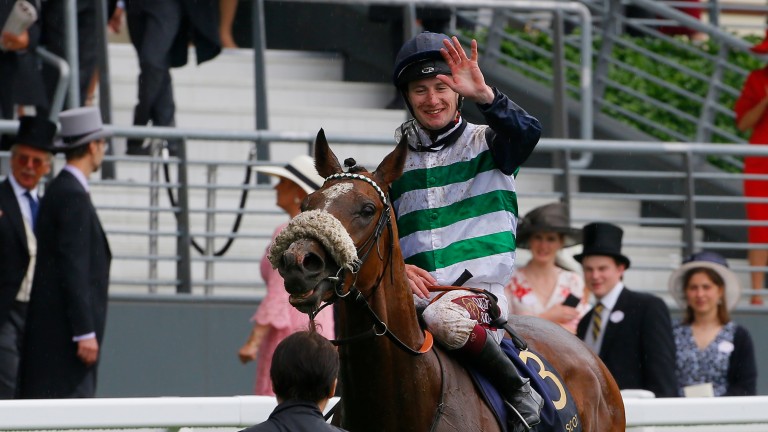 With stamina assured and ability in bundles, Dashing Willoughby could have a tilt at a Classic and he was quoted between 10-1 and 16-1 for the William Hill St Leger after his dominant display.

When questioned whether Doncaster would be his autumn target, Balding said: "Possibly. That looks the logical objective. It will be a lot tougher than this but we think he deserves to head in that direction anyway."

FIRST PUBLISHED 3:14PM, JUN 19 2019
We had a little hiccup on Saturday morning as Dashing Willoughby was very lame

Significant rain expected to change going for Friday's action at Royal Ascot What we learned from day three of Royal Ascot Who would come out on top if Subjectivist and Stradivarius met again? Hanagan is built of cement but needed to be even harder to make amazing comeback 'I expect her to outrun her odds' - key quotes and analysis for the Commonwealth 'It's a bit of a fairytale' - Mo Celita bids to complete rags-to-riches tale