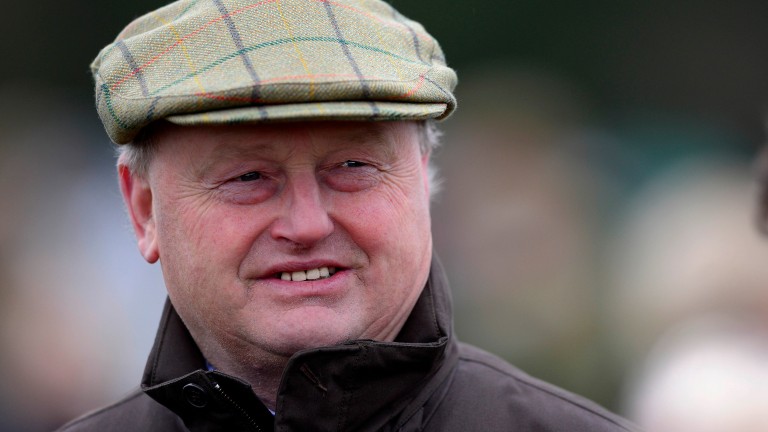 Trainer Victor Dartnall yesterday tried to rally support for jockey Andrew Thornton's quest to ride 1,000 winners by urging the sport to give him more rides.

With Thornton four short of the landmark, Dartnall sent out a tweet from his account which said, "Calling all trainers and owners, let's get @AThorntonRacing to 1,000. There is no nicer chap in racing."

Thornton, who has ridden five winners this season, returned to action this month after a spell out with a broken collarbone.

Dartnall said: "Andrew rides for one of my owners Rod Harding, who has been a friend of his for years. He asked if I would help and I am very happy to do that."

While Thornton was sidelined one of his regular rides Midnight Sapphire, owned by Harding, won twice.

"If he had ridden Midnight Sapphire he would almost be there," Dartnall added. "Andrew has been around a long time. He rode Lord Sam to win a Grade 2 novice chase for me years ago and it would be good to see him do it."

Thornton is set to be reunited with Midnight Sapphire at Ascot on Saturday, when the six-year-old bids for a hat-trick in a mares' handicap hurdle.

"It's a nice gesture by Victor," said Thornton. "I know I missed Midnight Sapphire twice but that's just the way it goes. You are always going to miss winners when you are off. I'm sure now we have had some rain and are getting into the season there will be a few more opportunities.

"Midnight Sapphire has gone up in the weights but there are quite a few mares in the same bracket. She'd have squeak. I'm also looking forward to riding Dawson City, who is having his first run of the season."