D'Arcy confident Loaded will bounce back against Sprint rival 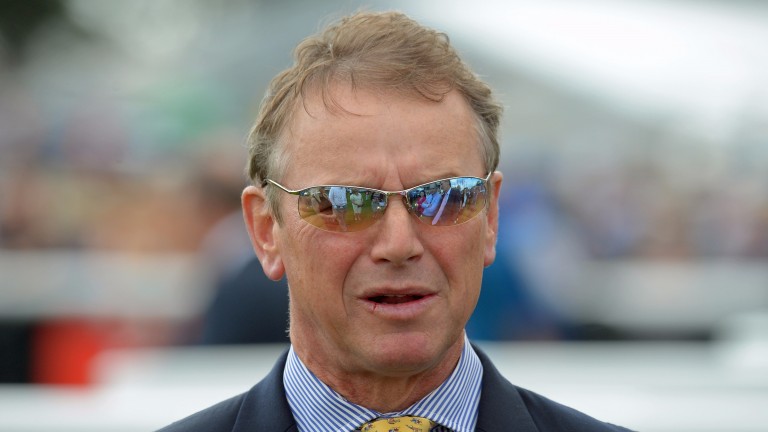 Paul D'Arcy's stable star Spring Loaded will face a rematch with his recent Kempton conqueror Pretend when he attempts to get his bid for the sprint final on all-weather championships day back on track next month.

The pair are being targeted at the Listed Cleves Stakes at Lingfield on February 4 as a warm up for the £150,000 final on Good Friday, April 14.

Spring Loaded, an 11-1 chance with sponsor Betway for the Sprint, will be out to get the wheels back on his challenge after finishing only third to his rival in a conditions contest at Kempton this month.

Before that, the five-year-old had run out an impressive winner of a similar contest at Wolverhampton on Boxing Day, but D'Arcy thinks he had excuses at Kempton.

He said: "The real issue at Kempton was the standard-to-slow surface, which Spring Loaded can't handle as he's a fast-ground horse.

"There was no pace on and he's a horse that likes a decent pace in a race as other horses then to come back to him. The sectional times he posted at Wolverhampton were incredible but he was around three seconds outside that at Kempton. All being well we'll run him in the Cleves Stakes at Lingfield, where he's won twice before."

Pretend, who won the sprint final in 2015, is 5-2 favourite to repeat the feat and is likely to head the same way for his preparation.

His trainer Charlie Appleby said: "I was delighted with the performance of Pretend at Kempton and he has come on for that run. He'll head towards the Cleves Stakes and then we'll look at the Hever Sprint at the same course on February 25.

"He showed how good he was on finals day a couple of years ago and the horse he beat that day, Alben Star, won last year's sprint final. I couldn't have been any happier with his run the other day and he looks to be back to where he was before."

FIRST PUBLISHED 3:42PM, JAN 21 2017
The sectional times he posted at Wolverhampton were incredible but he was around three seconds outside that at Kempton