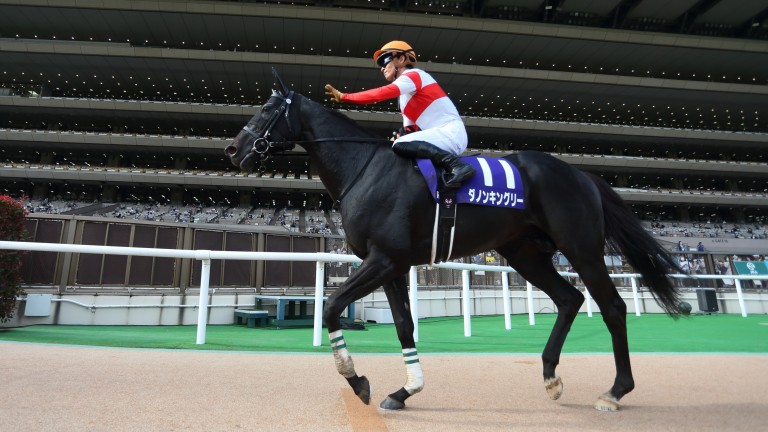 Trained by Kiyoshi Hagiwara and ridden by Yuga Kawada, Danon Kingly was settled in midfield and showed the best pace on the outside of the field in the straight to beat the market leader and defending champion Gran Alegria.

The only three-year-old challenger, NHK Mile Cup Grade 1 winner and third favourite Schnell Meister, was half of a length back in third. The second favourite, Indy Champ, was fourth.

Out of Storm Cat's winning daughter My Goodness, the five-year-old entire Danon Kingly was winning for the sixth time in 12 career starts. His best effort in defeat had come when runner-up in the 2019 Tokyo Yushun by a neck.

Winning rider Kawada said: "He ran great. I've been in the same race with him before and watched him many times, but this was the first time I've ridden him.

"I wasn't sure how good he felt when we first stepped on the course but his rhythm was very good in the race and I was able to keep his power under control until turning into the stretch; I felt that I could move on him after that."

He added: "I am so happy that I could deliver this Group 1 to the owner, who let me ride him with the expectation of winning. He has shown before he has plenty of ability, but he hadn't managed to grab a Group 1."

Trainer Hagiwara added: "I am relieved because he has twice been runner-up in Group 1s before, so I wanted to make him a winner of one. The jockey knew his ability and made the most of it. Today's result is down to his good riding.

"I think he handles the distance [of a mile] well, but we haven't grasped what his optimum trip is yet."

Gran Alegria's rider Christophe Lemaire said: "Her response was not the same as in the previous race [victory in the Victoria Mile] and I couldn't get a good position from the start. Her breathing seemed to be difficult.

"In the straight her response was slower than usual, but she still ran extremely well to get so close to the winner."