Dalgleish hoping bell tolls for him again with Zoravan 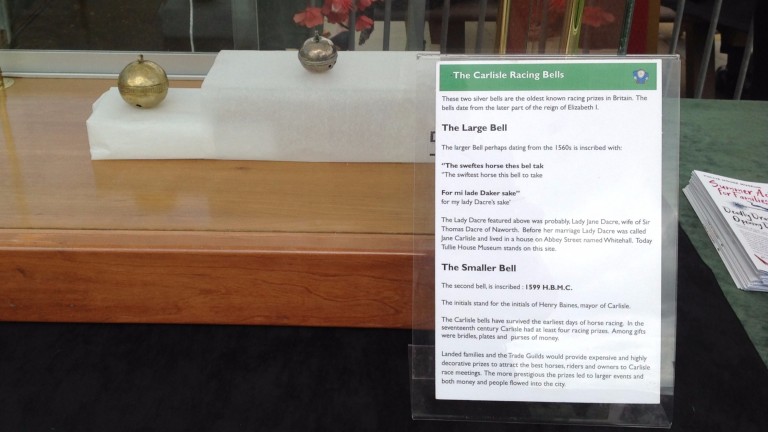 Australia may have the Melbourne Cup, the race that stops a nation, but never wishing to be outdone, Britain has its own meeting that stops a city, Carlisle Bell day.

First staged in 1599, the Carlisle Bell Handicap has been part of the racing calendar ever since, and is the biggest meeting of the season for the track.

To the victor of the race the prize was not always the £18,675 which is on offer on Wednesday, but instead two bells, believed to be the oldest trophies in British racing history, and the source of the race name.

A crowd of 4,000 is expected for the meeting, which also features the Cumberland Plate and Listed Eternal Stakes.

Course general manager Geraldine McKay said: "Locally it's an important day as there's pride in the city that we have the meeting and it's a good racing crowd that comes for it. It’s our Derby day – the day that stops Carlisle as thousands take the day off work."

The larger of the two bells is engraved around the circumference: 'The sweftes horse thes bel to tak for mi lade Daker sake' (The swiftest horse this bell to take for my lady Dacre's sake). The second, smaller bell bears the inscription 1599 H.B.M.C, which is believed to stand for Henry Baines, mayor of Carlisle.

Before her marriage, Lady Dacre was called Jane Carlisle and lived in the city on the site of what is now Tullie House, where the bells were stored before moving to Newmarket.

However, they will be present at the track, as McKay explained: "Up until this year they were in Tullie House as they are owned by the city, but when the National Heritage Centre for Horseracing and Sporting Art in Newmarket opened they made a request for them to be housed there permanently as they are an important part of the history of racing.

"That's where they are now with the caveat that they come up to the track each year for the raceday." 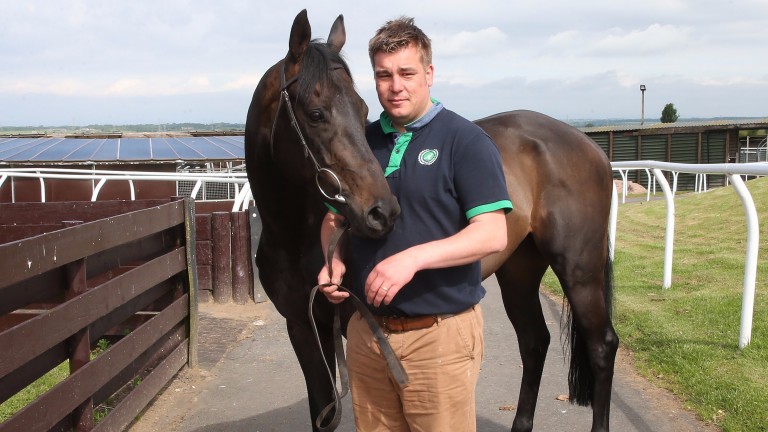 Last year Keith Dalgleish claimed both the Plate and Bell, and while he does not have a runner in the Plate this year, he is trying to win the Bell again, this time with Zoravan.

The four-year-old runs in the colours of the Ontoawinner syndicate, and Simon Bridge, representing the owners, said: "He looks to be well drawn and is in great form at home. We think the course will suit and we're hopeful he'll run nicely."

Eve Johnson Houghton is having her first runners at the track, and she has Goring for the Bell. "It's a race I've always wanted to have a runner in," the trainer said.

"He loves soft ground and it looks like there will be a nice bit of cut for him. He's got a good draw and goes there with a nice chance."