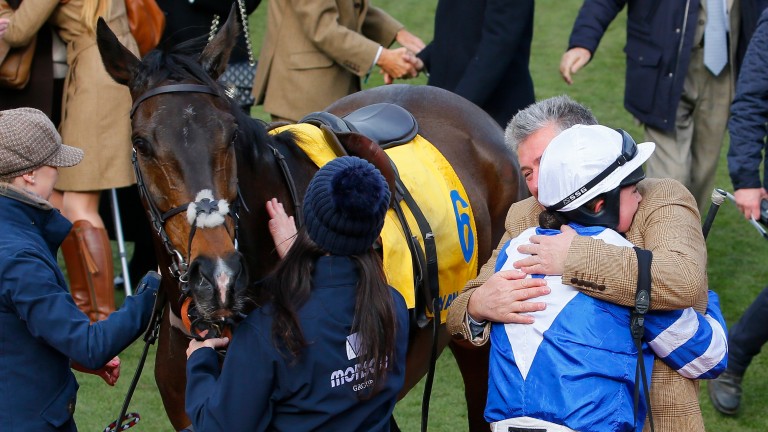 Jimmy Frost, in the company of son Hadden, found a “quiet spot” down at the second-last to watch daughter Bryony in action in the Ryanair Chase.

By the time she and Frodon passed them for the final time in the lead, it was no longer a quiet spot as seemingly everyone packed into Prestbury Park roared his daughter home.

For the man who won the 1991 Champion Hurdle on Morley Street, proud does not come close to the emotion of watching his daughter succeed at the biggest jumps meeting of all.

“You can’t be any more proud – I’m at the top of the tree!” said a beaming Frost as his daughter was mobbed just a few metres away in the winner's enclosure. 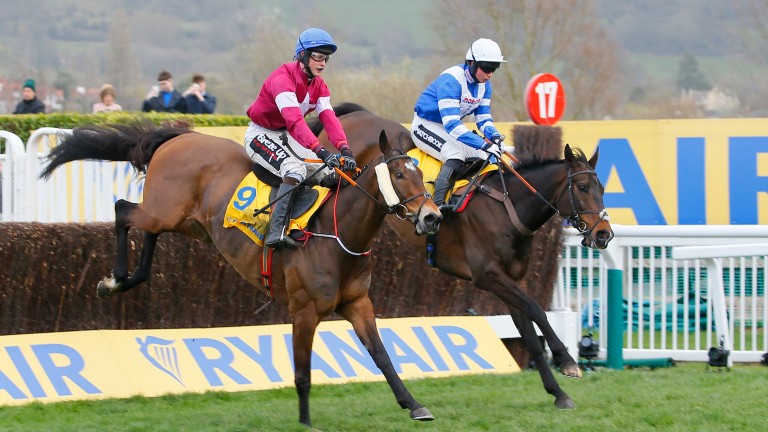 Frodon and Bryony Frost (right): on their way to victory
Mark Cranham (racingpost.cpm/photos)

“I don’t think they missed a beat out there. We walked the course this morning and she rode it to the second, as we discussed. I always say from the start to the first fence is probably where most races are won and she got him out and got him going."

Frost snr, with three festival winners in total to his name, added: “We always said he'd get up the hill. They believe in each other. She tells you all what’s it like to ride him and I’m just like you – I just listen!

"It was nerve tingling to watch, she’s a hundred times better than I was.”

While dad just about managed to suppress the tears, the emotions were too much to contain for Bryony’s brother Hadden, himself a festival winner aboard Buena Vista in the 2010 Pertemps Final.

“That was pretty magical,” said her older brother, who now lives in America, where he produces young showjumpers. “It’s not often I cry in public and I must admit I thought they were beat at one stage.

"Dad obviously thought they’d won before I did because he started running to them. I didn’t believe it for a minute. It means the world to everyone involved.”

FIRST PUBLISHED 5:48PM, MAR 14 2019
They believe in each other. It was nerve tingling to watch - she?s a hundred times better than I was

'He's a proper Gold Cup horse' - Henderson switches focus to Chantry House Chantry House and Champ among big guns entered at Cheltenham this weekend Harry Derham's touching tribute to 'handsome, brave and bold' Master Tommytucker 'He probably thought he was Shishkin' - Yala Enki claims third Portman Cup win It will be the roar of all roars - and now we have a Supreme worthy of it Meet the miracle workers with just four horses but eyes on the biggest prizes