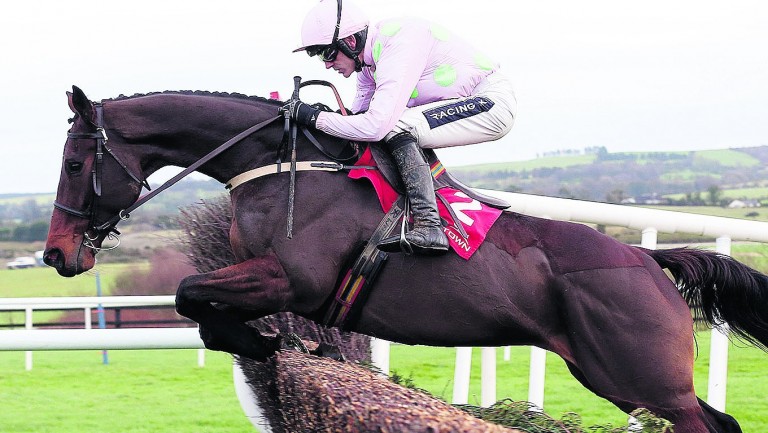 Are you a fan of cliches? If so, here are a few for you. Third time lucky. Written in the stars. What doesn't kill you makes you stronger. There is no time like the present. Every one of them applies to Djakadam, who is back for a third crack at the one race that continues to elude his record-breaking trainer Willie Mullins.

Djakadam failed to let his age get in the way of a power-packed performance in 2015. He was only a baby, just six, but chased Coneygree all the way to the line in one of the most gruelling Gold Cups in recent memory. That made a man of him though.

Twelve months ago he was back for more. Ruby Walsh did not seem to think he was the Djakadam of 2015, but he still fought every inch of the way to take second behind Don Cossack. He was miles clear of Don Poli back in third.

Such a big run was all the more impressive when you consider it was a race against time to get him to the contest, Djakadam having picked up a severe cut in the Cotswold Chase in January.

Excuses won't wash this time. He is old enough now, he comes into the race fresh and Mullins - who has no winners from 17 runners in the Gold Cup - says his preparation could not have gone any better. This is D-Day for Djakadam.

"Djakadam was second in each of the last two Gold Cups and has been trained for this race since Christmas," said Walsh, who in contrast to Mullins is bidding to win a third Gold Cup.

"We’re delighted with the way he's been working recently and think he's in great order."

"He ran a brilliant race when runner-up to Don Cossack last year and if he could reproduce that I think it might be good enough. I couldn’t be happier with him and am really looking forward to the race."

FIRST PUBLISHED 6:00PM, MAR 16 2017
We’re delighted with the way he has been working recently and think he is in great order