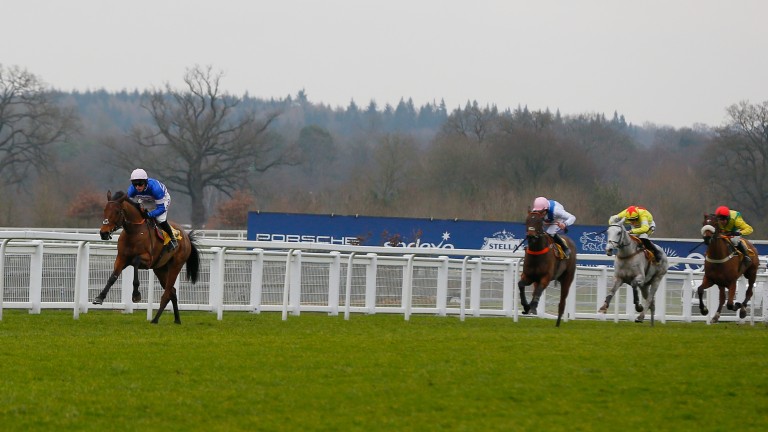 The Paul Nicholls-trained Cyrname cemented his status as one of the most improved chasers in training with an emphatic 17-length success in the Ascot Chase under Harry Cobden.

The seven-year-old, who was an ultra-impressive 21-length victor in an Ascot handicap last month, took the step up to Grade 1 level in his stride as Waiting Patiently finished a distant second with Fox Norton third.

A thrilled Cobden said: "I thought he was good but I didn't realise he was that good. Words can't describe how impressive that was. I've always thought he was a Punchestown Gold Cup horse but we'll leave it to Paul – he's the master of placing horses."

The Cheltenham Festival is now under consideration for Cyrname and Nicholls added: "I don't know where that leaves us but we'll have to look at the Ryanair."

Paddy Power also cut the improving seven-year-old to 4-1 (from 16-1) for the King George on Boxing Day.