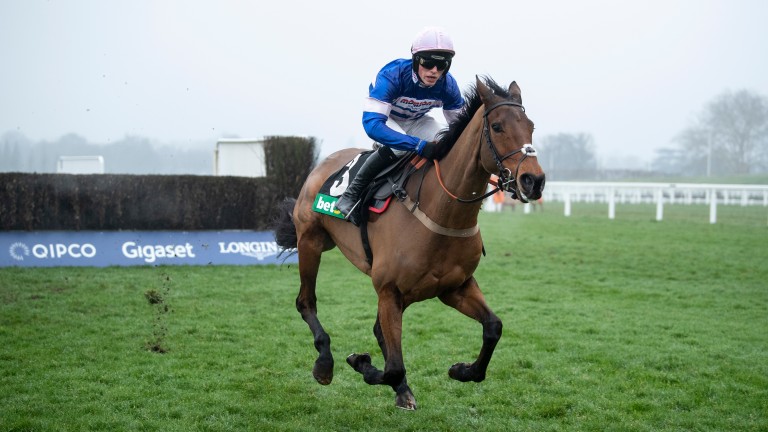 The much-anticipated meeting between Cyrname, the highest-rated jumper in Britain, and the mighty Altior at Sandown next week will go ahead only if conditions are suitable, the former's trainer Paul Nicholls stressed on Wednesday.

Owned by Johnny de la Hey, Cyrname was last seen bolting up in the Ascot Chase by 17 lengths. That performance prompted BHA handicappers to raise him to a rating of 178, which is 3lb higher than Altior, who made it four Cheltenham Festival wins on the spin when capturing his second Champion Chase in March.

The pair are due to meet a week on Saturday in the bet365 Celebration Chase, a race Altior has won for the last two years, but Nicholls, who turned 57 on Wednesday, will give Cyrname the go-ahead only if there is sufficient ease in the ground.

"Cyrname is fine. He hasn't run since he won at Ascot, but he looks great now," he said. "He was just a little bit flat a week or so ago but that's just him and he's back in full cry again now.

"The only option we have got is Sandown and that would be if the ground was right. We would like to see it slow, if it's fast there's no way he'll run again.

"We would look after him and look forward to him next season because the King George is his aim and we will work back from that. If we could go to Sandown, if the ground is soft enough, it would be interesting." 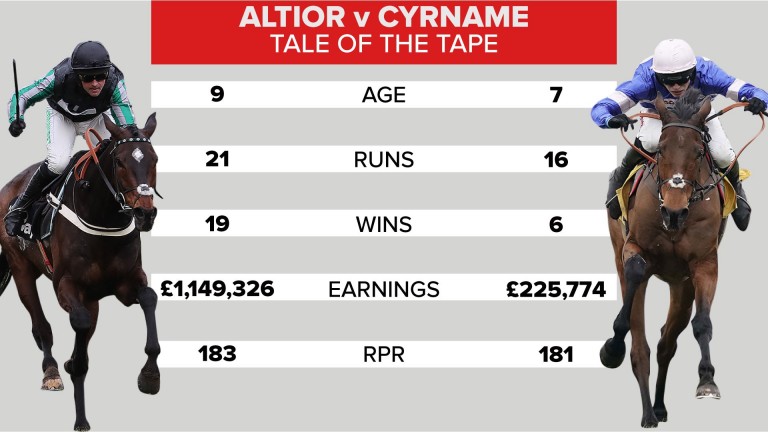 Cyrname has excelled over two miles five furlongs but would be dropping back to the minimum trip at Sandown to tackle Altior, who has done the majority of his winning over that distance.

"It's a bit of a disadvantage for us going back to two miles because we would like to go a little bit further, hence I'd love to run him if the ground was testing," added Nicholls, who is set to be crowned champion trainer for the 11th time as the jumps season closes next week.

"He really is a two-mile-five-furlong/two-mile-six-furlong horse, who will get three miles."

Victory for Altior, who has a date with the public at the Lambourn open day on Friday, would take him past the 18 wins Nicholls' staying hurdler Big Buck's achieved. 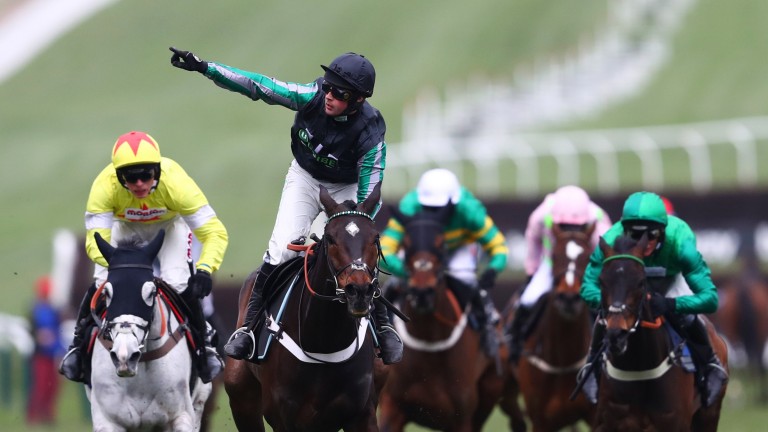 "I had hoped to go to Aintree with him," said trainer Nicky Henderson, who trains the son of High Chaparral for Patricia Pugh.

"I was pretty keen to up him in trip because I think everyone is saying all he is doing is beating the same horses the whole time and he is never going to be called a champion until he's done something completely different.

"Paul's horse is obviously very good, he looks very, very smart especially round Ascot the other day. I think he's a very big threat, to the point where he's actually rated above us.

"It should be a cracking race, it really should, a genuine Grade 1. Altior's won it twice but Paul seems to want to protect Big Buck's' record. Why not, it will be good fun."

There is also the exciting prospect of Cyrname and Altior meeting in the King George VI Chase next season and Henderson added: "We will definitely try him over further next year just to try and I think he'll cope with it because he's such a relaxed horse, he's very, very professional through his races, he doesn't have to go flat out, you can switch him off, you can switch him in, you can do whatever you like."

The two much-loved chasers pair served up a Christmas treat and had the race to themselves up the home straight. Cue Card looked to be getting the better of the argument, but Silviniaco Conti seized the initiative before the final fence and stayed on to score by three and a half lengths.

Kauto Star's final starring role came in a vintage King George when he took on Long Run, who was expected to come forward after finishing second to him in the Betfair Chase at Kempton. Long Run was sent off the evens favourite, but the writing was on the wall turning for home as Kauto Star showed his usual zest under a masterful Ruby Walsh ride. With just a length and a quarter separating the pair at the line, it was a historic final hurrah.

An unforgettable battle between two, most would consider three, top-class chasers, the 2004 Tingle Creek was a race to saviour. Young pretender Azertyuiop was sent off the 5-6 favourite to topple ten-year-old Moscow Flyer, with five-year-old Well Chief also in contention. Moscow Flyer showed the younger pair how it was done with spring-heeled leaps over the last two fences and Azertyuiop and Well Chief were simply unable to match the mighty Irish star.

FIRST PUBLISHED 11:21AM, APR 17 2019
It's a bit of a disadvantage for us going back to two miles because we would like to go a little bit further