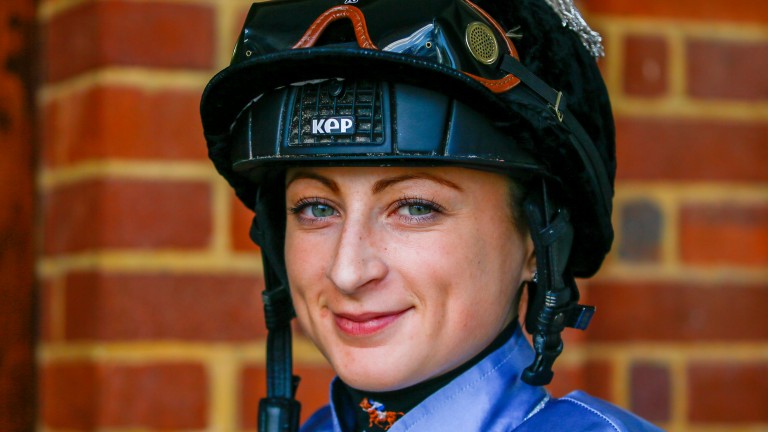 Nicola Currie: entered top ten with victory at Kempton
Mark Cranham
1 of 1
By Matt Butler UPDATED 9:23AM, MAY 23 2019

Nicola Currie now sits in tenth on the list of winningmost women Flat jockeys of all-time in Britain following her victory on Seraphinite at Kempton.

Currie, crowned all-weather champion apprentice last month after another successful winter campaign, moved into the top ten with the 127th victory of her career on the two-year-old, who was the 33-1 outsider of the 6f fillies' novice.

Lambourn trainer Jamie Osborne has provided her with the most winners (24) and fittingly trained the landmark winner, with Phil McEntee and Richard Hughes next on the list of successful partnerships. 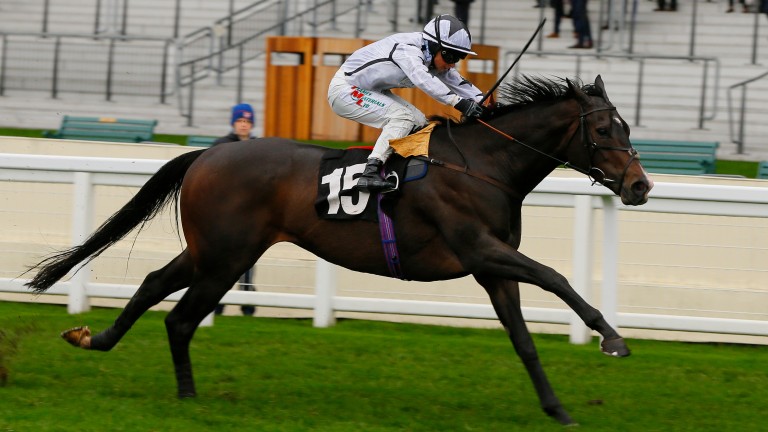 Currie lost her claim last year and explained in January how her sights were set on eclipsing colleague Josephine Gordon's record women's score of 106 winners in a calendar year.

Her Kempton success is her 26th winner of 2019, while she claimed 81 winners in a superb 2018, headlined by her Challenge Cup victory on Raising Sand at Ascot in October, the biggest win of her career.

Hayley Turner heads the list by a comfortable margin with 818 winners, while current jockeys Josephine Gordon and Hollie Doyle sit in fourth and seventh on the list respectively. Currie trails ninth-placed Emma O'Gorman by ten winners. 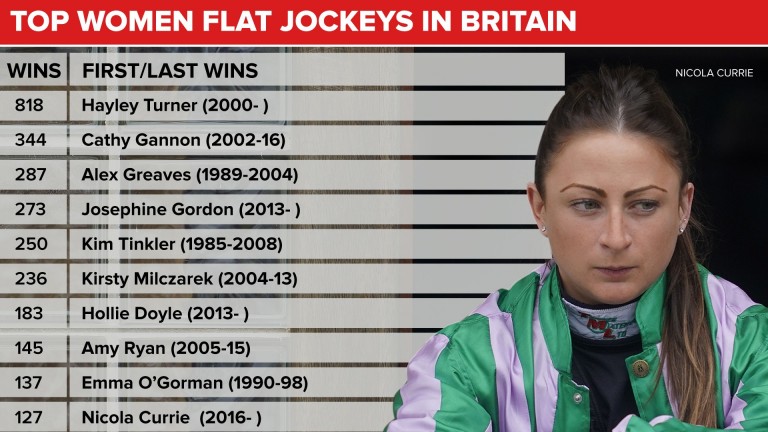 FIRST PUBLISHED 8:03PM, MAY 22 2019
Lambourn trainer Jamie Osborne has provided her with the most winners and fittingly trained the landmark winner

Money mattered at Kempton - including all that cash in the mystery punter's bag 'I've had this race in mind' - who has been laid out for the Lanzarote Hurdle? Sponsors Coral upbeat over Saturday entries despite only seven in Grade 2 chase