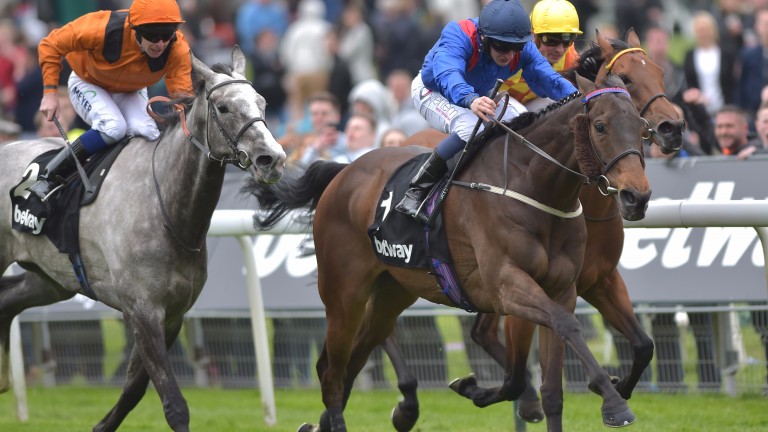 Clever Cookie: Yorkshire Cup winner drawn on outside of the field at Newcastle on Saturday
Hugh Routledge
1 of 1
By Bruce Jackson 12:09PM, JUN 30 2017

Clever Cookie added another entry to his unbelievable draw jinx when he landed the outside stall in the field of 20 for the Stobart Rail Northumberland Plate on Saturday.

The nine-year-old’s trainer, Peter Niven, could not believe his bad luck, pointing out that Clever Cookie had suffered a similar fate on four trips to Ascot.

“He was drawn inside only one runner – that was 50 of 51 – in four races at Ascot,” said Niven, who was also shaking his head at missing out on a soft-ground Plate that would have been perfect for his veteran.

“I was hoping for a midfield draw and wishing it was on turf! He's going to have to go backwards from that draw but they do fan out in the straight, so you never know.

“I genuinely think he's better than handicap class still but he's getting older and he's gone down to a mark for a race worth a lot of money.”

The second running of the ‘Pitmen’s Derby’ on the new Tapeta track robs Clever Cookie, winner of the Group 2 Yorkshire Cup two years ago, of his favourite conditions.

“I had been hoping it'd stay dry so the track would ride deeper,” added the North Yorkshire trainer. “The rain would've been ideal if the race was on turf, but it will tighten up the all-weather. He works on the all-weather and loves it.”

A wide draw did not stop Clever Cookie running two cracking races at Ascot when beaten a neck by Mizzou in the Sagaro last year and second to Flying Officer in the British Champions Long Distance Cup in 2015, after he had won the Yorkshire Cup at York. 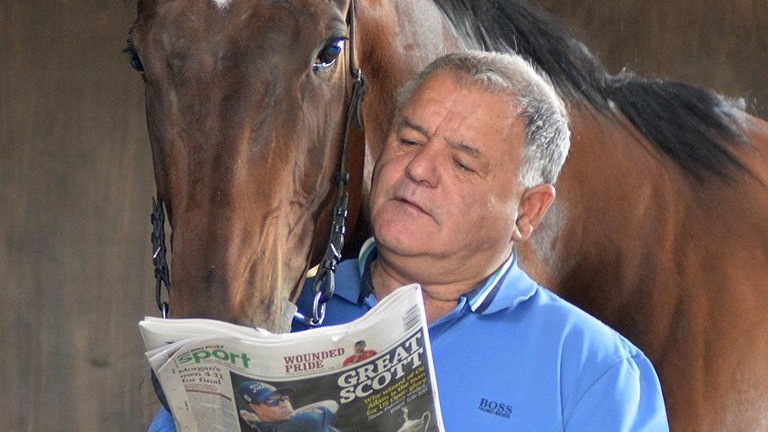 Plate contender Seamour and trainer Brian Ellison have a read of Thursday's Racing Post
brianellisonracing.co.uk
Last year's Plate runner-up Seamour has drawn stall 11, one nearer the rail than last year. The 2m¼f handicap, which switched from turf to all-weather last year, has a history of low-drawn winners with the last four drawn 3314.

Godolphin, who won the race last year with the Charlie Appleby-trained Antiquarium from stall three, has done well in the draw with Good Run in four.

But it is Saeed Bin Suroor who holds the highest hopes of maintaining Godolphin's hold on the Plate with his filly Natural Scenery, who returns from a break after being a beaten favourite in the Good Friday all-weather Marathon final.

Josephine Gordon, who is three from three on the Dubawi filly, has been booked to repeat their win over course and distance in February.

"She's back training well, in good form and ready to go," said the trainer. "I think the filly is the one but Good Run has a good draw which will help him."

London Prize, a leading ante-post fancy at 16-1, failed to make the field of 20 but is one of 12 running in the consolation Betfred Northumberland Vase. 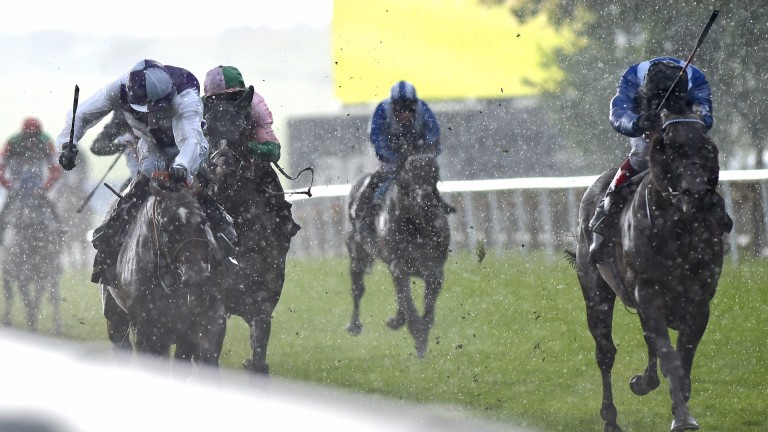 Simcock said of the seven-year-old: "He's a seven furlong specialist and this race fits the bill nicely as a mid-season target, though it certainly looks highly competitive.

“He doesn’t need to have soft ground but he handles extreme conditions better than most, so a little bit more rain to change the ground to ‘soft’ would be perfect for him.”

Breton Rock disputes the race sponsor's 3-1 favouritism with Home Of The Brave, another Group 3 winner last year who won a Listed race at Leicester on his seasonal return.