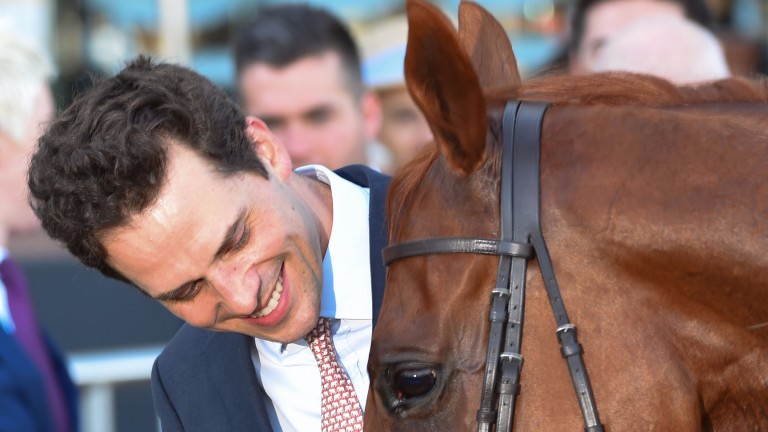 Matt Cumani, the son of Newmarket trainer Luca Cumani, has been suspended from training in Australia after failing to adhere to Racing Victoria protocols following the outbreak of strangles at his stable last year.

Cumani, 36, has made a successful start to his training career after starting out last year, but is now suspended from having any runners until August.

At a disciplinary hearing on Tuesday, it was revealed that Cumani became aware one of the horses in his care was exhibiting signs of strangles on October 27 but he did not report this to the authorities until November 23.

Strangles is a highly contagious disease in horses that can cause respiratory problems. Other animals and people can act as carriers of the disease, and during the period when Cumani was aware of a possible outbreak, he held an open day at his yard.

Cumani pleaded guilty to two charges, one for conduct prejudicial to the image of racing and the second for not notifying authorities he had horses who were infected

Judge Bowman, who presided over the panel, had considered disqualifying Cumani, but opted instead for a suspension in the light of positive character references for the trainer.

"Luckily the spread of disease was not as bad as what it could have been," Bowman said.

"A clear message must be sent to trainers in the industry that the reporting of outbreaks of listed diseases must be done in the quickest possible manner."

As well as the suspension, Cumani was fined A$20,000. His decision not to notify the authorities sooner was highlighted by Bowman, who added: "You were specifically told of your duty to report by your vet Dr Anderson in late October 2016 but you did not do this until November 23, when the cat was effectively out of the bag.

"Instead of quarantining your stable of horses, you simply continued to train and certainly took some measures in relation to controlling it, it was no means complete.

"Your primary obligation is to report to the stewards immediately, instead you pressed on, possibly influenced by the fact you were going to have your first Melbourne Cup runner.

"Essentially you put your interests ahead of those of the stewards, your fellow trainers, proprietors of other racing establishments and your owners."

Cumani was was represented at the hearing by barrister Joe Ferwerda, who said his client had taken full responsibility for his actions.

FIRST PUBLISHED 9:50AM, MAY 16 2017
Essentially you put your interests ahead of those of the stewards, your fellow trainers, proprietors of other racing establishments and your owners