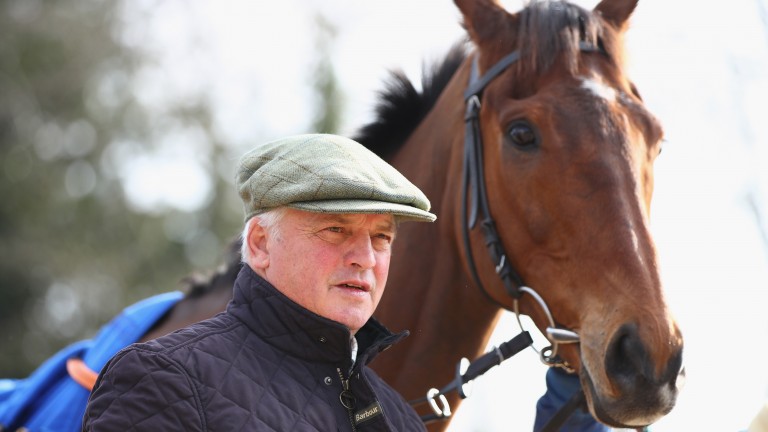 Sandown Park pledged to ensure Cue Card is given a fitting send-off  after digesting the news the star chaser would not be racing at the bet365 Jump Finale.

Instead of contesting the bet365 Oaksey Chase, the race designated as the horse's retirement race, Cue Card will be parading on the final day of the jumps season.

Sandown's director of racing Andrew Cooper said: "When the news broke there was a pang of disappointment, but the horse's well-being is far and away the most important thing.

"It was good to see they would like to bring him here. We'll discuss integrating him into our plans for the day without competing." 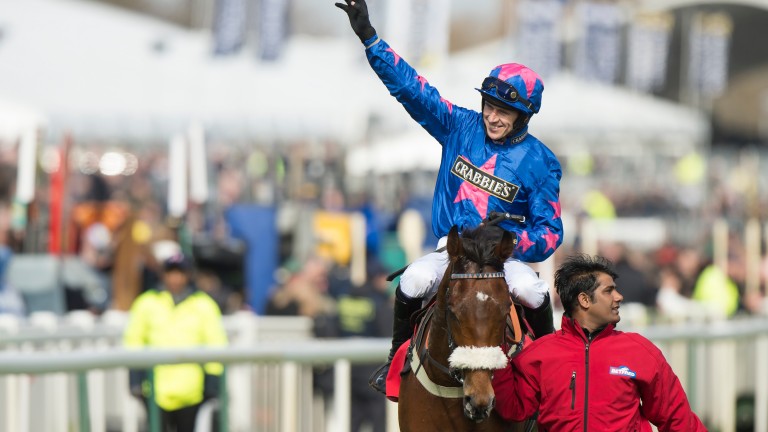 Among the regular events scheduled for the fixture a week on Saturday is a parade of champions although, such is Cue Card's popularity, he may get a slot on his own.

"We have the parade of champions around 1pm before racing starts so there's an option for him to be included in that or we may give him a bit of a solo spotlight as his send-off," Cooper said.

"We'll discuss that with connections It'll be great to have him here."

On the same day, Richard Johnson will officially be crowned champion jumps jockey. He paid his own tribute, describing him as "an absolutely amazing horse".

"To win a Champion Bumper at Cheltenham as a four-year-old and continue his career for so long is very hard to do," he said in his Betway blog. "He’s been the horse of a lifetime.

"It’s his longevity that really sets him apart from most other horses. He hasn’t missed a season from four to 12 and he has run at the top level during that time. That really is incredible."

FIRST PUBLISHED 6:19PM, APR 17 2018
When the news broke there was a pang of disappointment, but the horse's well-being is far and away the most important thing