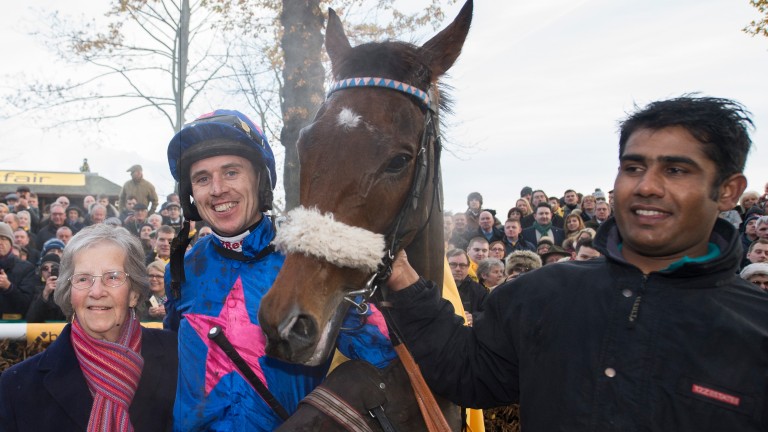 Cue Card's owner Jean Bishop has no problem with her horse having to meet stablemate Thistlecrack in the 32Red King George VI Chase and on Monday was looking forward to their match-up.

Cue Card will be attempting to win the race for a second time and capture the second of the three legs of the Jockey Club Chase Triple Crown, for which a £1 million bonus will be paid should he also win the Timico Cheltenham Gold Cup.

Bishop said: "Of course I'm looking forward to it. We've had seven years of pleasure with Cue Card and whatever he does he always tries his hardest.

"We won the race last year, so there's no pressure on us at all. He'll go and do his best and as long as he comes back safe and sound, that's all I'm hoping for.

"If the horses are there and the owners want them to run – as Mrs Snook said in the Racing Post today – they have the last word. I'm not worried about Thistlecrack, we know what our horse can do. It's what happens on the day. 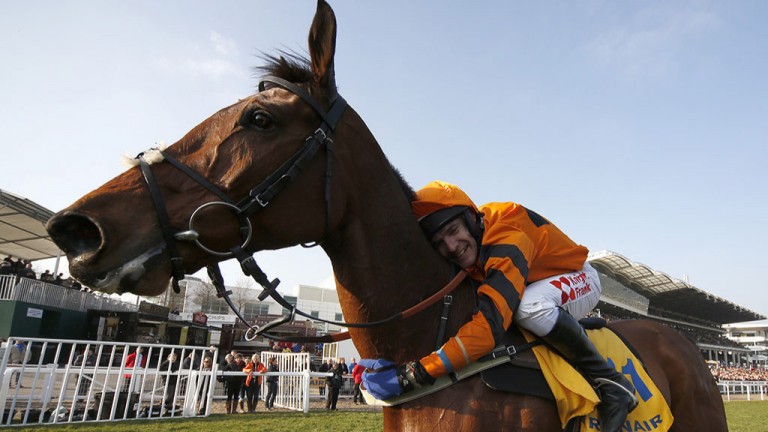 Thistlecrack: 'I'm not worried about him; we know what our horse can do,' says Jean Bishop
Edward Whitaker (racingpost.com/photos)
"There's no point worrying because they are two horses who are going to do their best. I hope ours comes out on top, but if he doesn't he doesn't owe us anything. We're very proud of what he's done."

She added: "Colin [Tizzard] says Cue Card is working very well and is just as good as when he won at Haydock. He's looking well and going into the race with every chance."

Cue Card won the Betfair Chase and King George last year and looked to have every chance in the Gold Cup until coming down three out – but winning the bonus is not a priority for his owner.

"I'm not worried about that," said Bishop. "Obviously it would be nice; it was sad he fell last year when the bonus was there.

"I want to see him going up the hill and winning the Gold Cup, which I think he deserves. At the moment we've the King George to think of, and we'll take it one race at a time."

FIRST PUBLISHED 4:48PM, DEC 19 2016
I am not worried about Thistlecrack. We know what our horse can do. It's what happens on the day