Crystal out to regain sparkle and stake his Leger claim 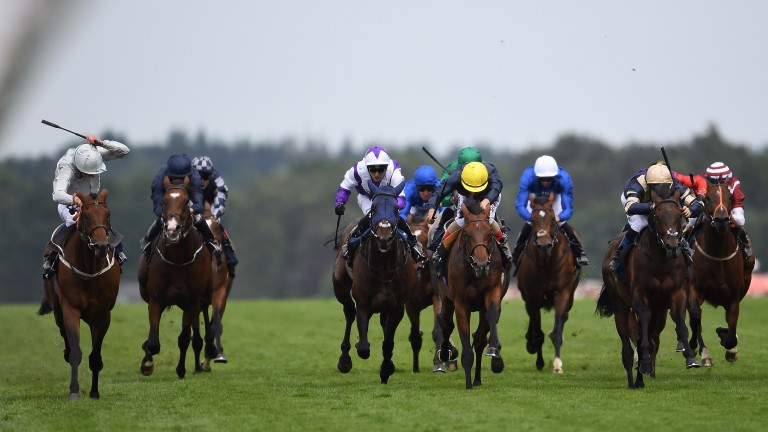 Crystal Ocean (yellow cap) and Khalidi (beige cap) take on each on each other again
Mike Hewitt/Getty Images
1 of 1
By Peter Scargill 7:01PM, AUG 4 2017

The gloss has come off Crystal Ocean a little since he was the buzz horse in the run-up to the Investec Derby but a win on Saturday could change all that.

Crystal Ocean halved in price for Epsom before running in the Dante at York, where he found the tough Permian too good – and it was the same in the King Edward VII at Royal Ascot.

But there is no Permian this time around and Crystal Ocean bids to join an illustrious list of Sir Michael Stoute-trained winners of this race, including Conduit, Harbinger and Ulysses.

Conduit went on to win the St Leger and victory here for Crystal Ocean would send his odds of 14-1 tumbling for next month's William Hill-backed Classic.

The scissors were taken to the price of Stradivarius for the St Leger after his victory in Tuesday’s Goodwood Cup, and his trainer John Gosden bids to add another significant string to his Classic bow in Khalidi.

Winner of the Cocked Hat Stakes at Goodwood in May, Khalidi finished down the field after being supplemented for the Derby but bounced back to split Permian and Crystal Ocean at Royal Ascot. 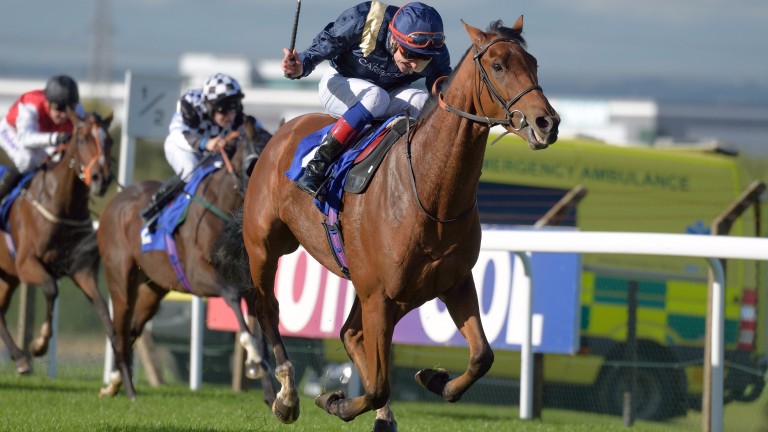 Mount Moriah: has earned this step up in class says his trainer

Gosden said: “We've had this race in mind for him ever since Ascot and we know he likes the track having won there in May. He's unproven on soft ground and we'd have preferred it fast, but he goes there in good shape.”

Three progressive runners are primed to make the most of any slip-ups from the front two, headed by the Ralph Beckett-trained Mount Moriah.

“I’d have liked to have run him in the 1m6f handicap but he got balloted out,” said Beckett. “He’s done plenty of winning at a lower grade and it’s about time we stepped him up into a race like this to see how he handles it. His mark says he should be in a race like this and he’s shown form on this sort of ground before as well.”

Across Dubai is another who leaps in grade having shown himself to be an exciting type at a lower level.

Trainer William Haggas said: “He won a handicap at Haydock easily and we felt it was time to step him up in class. It’s a difficult race and we’re not sure he stays or handles the ground, but he’s a nice horse and we’ll find out a lot.”

Jake's Hill steps up in trip having proved progressive over a mile and a quarter, and trainer Eve Johnson Houghton said: "He's an improving three-year-old and probably the most unexposed horse in the race. He's still a big, weak baby, which is why we've taken our time with him. But we like him a lot and he’d have a chance."

FIRST PUBLISHED 6:00PM, AUG 4 2017
We've had this race in mind for him ever since Ascot and we know he likes the track