Crude, misguided and treacherous: an act of vandalism by so-called guardians 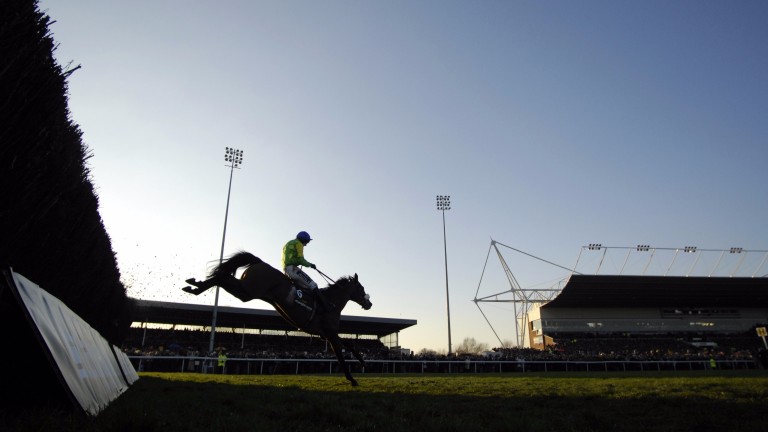 You can almost imagine how the grandees on the Jockey Club board convinced themselves it was a good idea to sell off one of the sport's most treasured racecourses for housing. You can picture them sitting there, perhaps in the sumptuous Jockey Club Rooms in Newmarket, the walls lined with priceless artwork, as one by one they all agreed there was simply nothing else for it, the sport needed £100 million more than it needed historic Kempton. The track had to go. For the good of racing, you understand.

Wrong, wrong, wrong. Never in my years of following racing have I seen a more misguided, crude, treacherous act of vandalism, and all perpetrated by the so-called guardians of British racing. This is gamekeeper turned poacher and the poacher has turned up at the estate with a barrel of napalm to burn the place to the ground. Each and every person associated with the decision should hang their heads in shame. How can they claim this is for the good of the sport?

The Jockey Club has framed this decision as a commercial imperative, but the financial case for closing Kempton is far from being made. It would provide £100m, maybe more, towards £500m of planned investment over the next ten years, but the Jockey Club has failed to adequately explain why it is essential to pop Kempton on the table like a poker player chucking the wife's car keys into the pot.

An all-weather track will be built in Newmarket and a plan to "transform" Sandown has been announced. If you think that is an equitable swap you're more than likely drinking your breakfast coffee in Suffolk, but what this is really about is a racecourse group unable to carry out its investment plans without cashing in one of its most valuable and profitable assets. Some will see that as pragmatic business sense but many more as evidence of a group that has lost its way.

If we do accept that a sale of something is necessary, perhaps the Jockey Club could instead look to some of its considerable non-racecourse assets, which encompass 4,500 acres of land at Newmarket, 550 acres of land at Lambourn and 90 properties, including the aforementioned Jockey Club Rooms, which turned over just £1.24m in 2015.

As has been pointed out elsewhere, the art collection that adorns the Jockey Club Rooms alone is worth tens of millions of pounds. That is an almost priceless piece of racing's heritage, just like Kempton, but unlike Kempton it is enjoyed principally by the rich, powerful and well-connected. The Jockey Club Rooms is a private members' club. Naturally, its art was never going to go. That's not how things work in this country.

£100m for Kempton is not even a deal too good to turn down. The racecourse is worth so much more alive than dead. It sits amid the largest urban conurbation in western Europe and perhaps the richest city in history. That means it is an irresistible prize for property developers, who would pave over Hyde Park, turn the British Museum into a Westfield shopping centre and convert the Houses of Parliament to luxury flats if they could.

That desirable location should make Kempton, with its excellent transport links, one of the sport's most prized possessions. Clearly it is underperforming: the track, while profitable and heaving on its busiest days, is frequently half-deserted.

Yet I was there in 2010 among thousands of racegoers on a Wednesday night, lured to a winter all-weather meeting by free tickets. The atmosphere was tremendous, and is it not better to have several thousand eating, betting, drinking and – most crucially – enjoying racing, than several hundred paying for entry to a graveyard? Yet regular free nights were never trialled. It seemed sometimes as if the Jockey Club were happy enough to let Kempton rake in the millions in media rights payments rather than worry too much why it wasn't appealing more to the people on its doorstep.

And as for those people: if Kempton goes, there will be just two racecourses inside the M25, an area home to around ten million. Meanwhile, the Jockey Club proposes building a third racecourse in Newmarket, population 20,000. What a way to promote the sport.

This is not just a commercial argument, however; it is an issue that brings to mind the hoary old Wilde quip about people who know the price of everything but the value of nothing. Racecourses are about more than just numbers, whatever philistine developers and detached racing grandees believe.

A city without sport, without culture, without green spaces and relief from the sheer scale and crush of the place, is no place worth living. This is why the leader of Spelthorne council, who recognises this fundamental truth, is in the bizarre position of being the protector of Kempton against the Jockey Club and its property developer allies.

Worst of all, though, is what this means for the King George VI Chase, arguably the fairest test of chasing excellence there is. This move will, in effect, kill it as a great race. Oh yes, transfer it to Sandown, where the similarities to Kempton extend as far as having grass and fences, and it will do all right: still draw a crowd, good horses, all that.

But Kempton, as Desert Orchid's owner said this week, is unique because it rewards brilliance. Without that distinction the King George's prestige will be diminished, and what was the best chase outside of Cheltenham will become just another Grade 1.

The significance of its history will fade and in times long hence no-one will speak of the epic King George legends of yesteryear, of Kauto Star and Dessie, because the track at which they achieved their feats of wonder is all Tarmac and Tescos, their towering achievements rendered perfectly irrelevant to the future.

Eventually, many years down the line, there will just be a few old men left to carry the flicker of Kempton's past with them, to recall roaring home a great champion in the crisp cold air of Boxing Day. What will even be left of racing in that distant future? If a track as storied and profitable as Kempton, a track we all thought was in the safest of hands, cannot avoid redevelopment then where can?

I am a believer in the need for cities to develop, to build and rejuvenate, but Kempton is not a failing business ripe for the culling or some derelict antique being kept alive for sentimental reasons. It is profitable. It is functional. It is loved. It is important to a local community and to a nationwide sport.

Even at its worst, on those bleak winter evenings with a few hundred diehards huddled in the grandstand, it offers escapism from the vast city pressing at its gates. And at its best, on those frost-tinged Boxing Days when timeless heroes were forged, it was nothing short of glorious. For sporting, civic and historical reasons, it would be an appalling error to knock it down for overpriced houses.

Yet this is the way the country is going. In London alone we stand poised to lose our last greyhound stadium, 40 per cent of music venues have shut in the past decade, dozens of historic pubs close every year. Millwall are in effect being evicted from their ground.

The cause in every case: not lack of local use, but greed. Kempton is not an outlier; it sits smack bang in the middle of a trend that says 'knock it all down and sell it to the highest bidder'. When even the Jockey Club is joining the side of the destroyers it might seem like there is little hope left, but we must stand up and fight this.

If we don't one day we may realise everything that was ever worth protecting is gone, ground to dust beneath the developers' bulldozers.

FIRST PUBLISHED 7:00AM, JAN 10 2018
In times long hence no-one will speak of the epic King George legends of yesteryear, of Kauto Star and Dessie, because the track at which they achieve