Crowley set for early crack at Group 1 glory with Mutakayyef 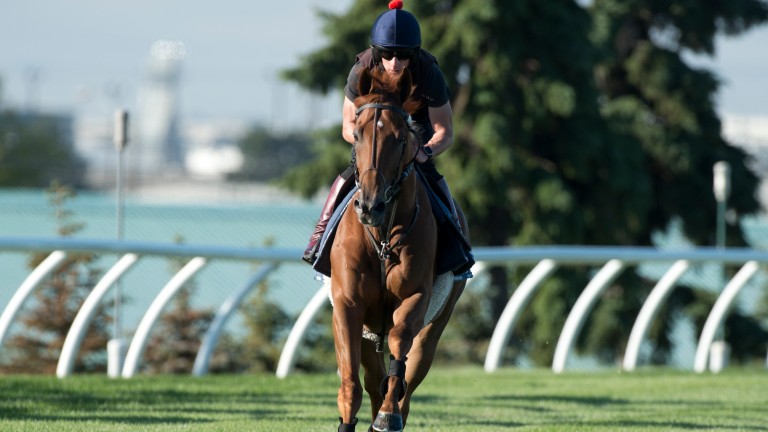 Jim Crowley could have an early chance to cement his new association with Hamdan Al Maktoum at the highest level, with the classy Mutakayyef set to head a select Wiliam Haggas team at the Dubai Carnival.

The champion jockey, whose last Group 1 success came aboard Madame Chiang in the Fillies & Mares Stakes at Ascot in 2014, was last month appointed first jockey to the Shadwell operation in place of Paul Hanagan.

Crowley, who is still recovering from the broken nose he sustained as part of a four-horse pile-up at Kempton in October, is expected to return to domestic action before Christmas, prior to taking up his new role on January 1.

Among the horses he can look forward to partnering is Mutakayyef, who is being lined up for the Group 1 Jebel Hatta on Super Saturday at Meydan in March as a warm-up for a tilt at World Cup night.

The five-year-old narrowly missed out at the highest level last year when finishing third to Postponed in the Juddmonte International, before filling a similar placing behind Tepin in the Grade 1 Ricoh Mile at Woodbine when last seen in September.

Haggas said: "We have a few pencilled in for the Dubai Carnival, including Mutakayyef, who will run on Super Saturday before a likely bid for the Group 1 Dubai Turf on World Cup night.

"It's also likely he'll receive an entry for the World Cup itself, but we won't be sending Muthmir [who finished fifth in the Group 1 Al Quoz Sprint last year] this time as he's had a busy season."

FIRST PUBLISHED 12:09PM, DEC 5 2016
Mutakayyef will run on Super Saturday before a likely bid for the Group 1 Dubai Turf on World Cup night. It's also likely he'll receive an entry for the World Cup itself