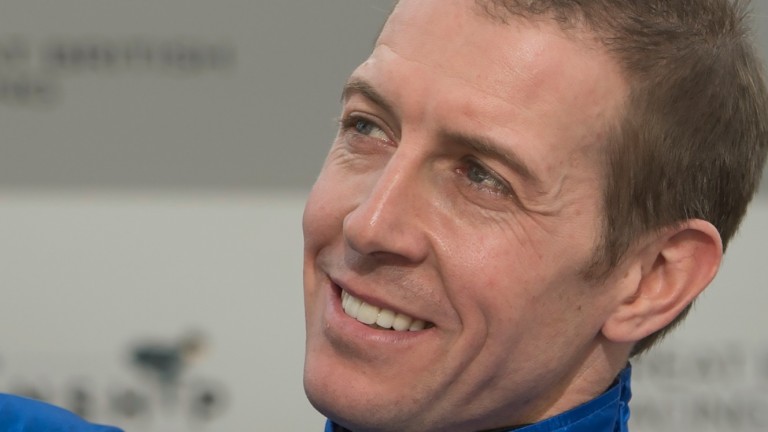 Champion jockey Jim Crowley is hoping to make a return to action next month after breaking his nose in a four-horse pile-up at Kempton on October 31.

Crowley was due to head out to Barbados this weekend for the Ansa McAl Jockey Challenge at the Garrison Savannah, in which champion apprentice Josephine Gordon and Adam Kirby are among a number of British-based riders taking part against the country’s leading jockeys.

Tony Hind, agent to Crowley, said: “Jim was supposed to be heading out to Barbados for the jockeys’ challenge this weekend but the Kempton fall has ruled him out. There’s been no setback with the injury – it’s just a case of letting it heal in its own time.

“We’ll be aiming for a return around mid-December, hopefully with the possibility of riding out in Qatar at the end of December and the invitational in South Africa in January.”

Over in South Africa, Hayley Turner and Frankie Dettori are among the British-based riders who will be in action on day two of the Air Mauritius International Jockeys’ Challenge at Turffontein on Sunday.

The international team, who are two from eight in the challenge since its inauguration in 2008, enjoyed a positive start at Fairview on Friday, with Pat Cosgrave steering Reef Of Fortune to victory and Rab Havlin finishing second aboard Captain On The Run.

FIRST PUBLISHED 6:00PM, NOV 18 2016
We'll be aiming for a return around mid December hopefully with the possibility of riding out in Qatar at the end of December and the invitational in South Africa in January

Angus Gold: market mover Mohaafeth has the class for the Derby