Cross-country the target for up-and-coming star 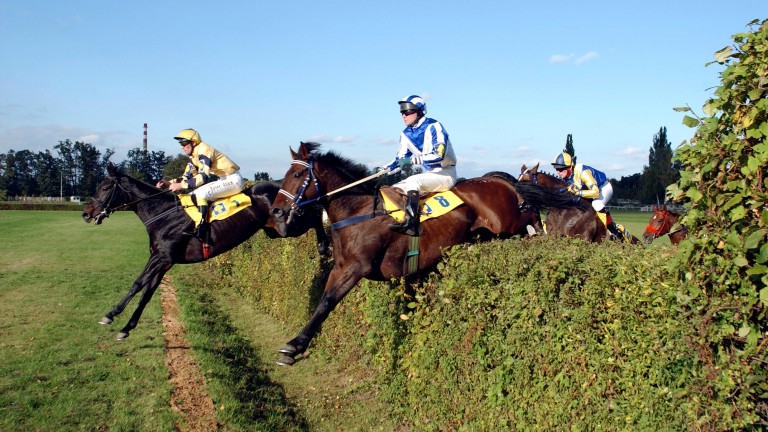 Cheltenham is set to play host to two rare runners from the Czech Republic on Friday's card and the visitors have already taken no chances with potential travel problems by arriving at the course over a week early.

One of the Radim Bodlak-trained pair, eight-time winner Delight My Fire, is among 16 entries for the Glenfarclas Cross Country race, which officials are confident will go ahead despite losing a similar event at a meeting last month.

Delight My Fire is rated a promising up-and-coming prospect for the Velka Pardubicka and is to joined by stablemate Taurito who has won three races in Poland this year and is entered to run in the 2m½f handicap hurdle later the same afternoon.

It is four years since a Czech-trained horse, Orphee Des Blins, trained by Greg Wroblewski, last ran in Britain when he was pulled up in a cross-country chase at Cheltenham.

Radim said: "It was nice of Jockey Club Racecourses and Cheltenham to invite us and the horses have settled in well. We've had a look at the course and the fences are very correct and the cross-country course is much like those at home although horses need plenty of heart in Czech as the sand tracks can get very muddy."

He added: "It's hard to compare the form but if either or both of our runners finished third, fourth or fifth we'd be very happy."

Clerk of the course Simon Claisse said on Sunday: "We are delighted to once again be hosting horses from the Czech Republic. They arrived here on Thursday and were out on the gallops this morning.

"One is entered in the cross-country race. We are confident of staging the race this time as we've been watering the track for at least a month.

"It's good to firm, firm in places which is better than what we had before which was firm, hard in places. Hopefully we should be fine as there is also some rain forecast for Wednesday and Thursday."

As for the course itself, he added: "We're racing on the New course, which is also well-watered and I'd describe the going as good."

FIRST PUBLISHED 4:27PM, DEC 4 2016
We are delighted to once again be hosting horses from the Czech Republic who arrived here on Thursday and were out on the gallops this morning