Squad players get chance to make impact on big stage

Tom Kerr on the understated appeal of the International meeting 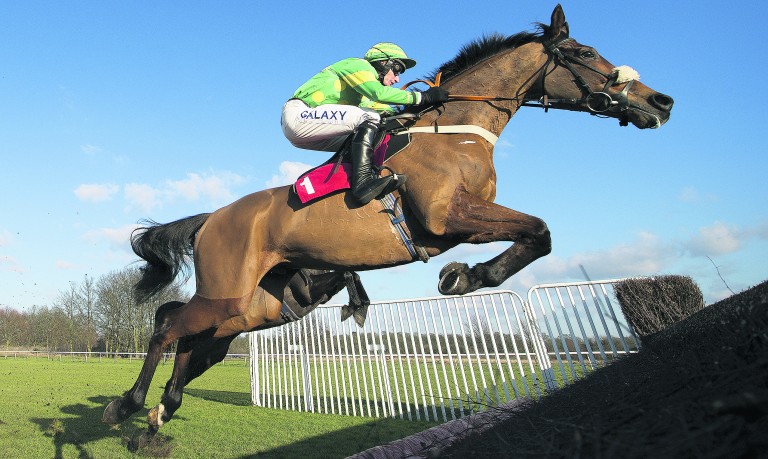 The International meeting creeps up without the fanfare and sense of new beginnings that accompany last month's Open meeting, but it is no less welcome for that – a little slice of early December joy nestling amid the drudgery of midweek television schedules.

Today's opening day card also features the first Cheltenham cross-country race of the season, after last month's event was called off. This is an occasion that some will greet with groans but plenty others welcome as a fascinating puzzle, a race whose idiosyncrasies and unique demands, not least a long haul trip of three and three-quarter miles, often produce a little of that chaotic magic which makes the Grand National such an exhilarating race.

Among the leading contenders today is the Colin Tizzard-trained Third Intention. With all the stars in Tizzard's shiny new hilltop barn, Third Intention might rate no higher than a solid squad player, but he's also exactly the sort of flexible, battling midfielder all championship-winning teams need, as recent outings illustrate.

Third Intention runs over almost four miles today, but he's no dyed in the wool cross-country runner, nor even an out-and-out stayer. It was only seven weeks ago that he won the Old Roan Chase over two and a half miles at Aintree, beating into second God's Own, who went on to chase home Un De Sceaux and Sire De Grugy in last weekend's Tingle Creek.

Last year it was Third Intention who ran in the two-mile Tingle Creek, albeit finishing sixth of seven. In the same campaign he was fourth behind Josies Orders in the cross-country at the festival, a race run over just short of double the distance of the Tingle Creek trip, and also placed third in the Topham over the National fences. Versatility, thy name is Third Intention.

The likely favourite, however, springs with predictable certainty from the yard of cross-country king Enda Bolger. With flagbearer Josies Orders absent today, Cantlow picks up the standard for the stable fresh from landing his first victory over Punchestown's banks course last month.

He has been reinvented as a cross-country specialist since joining Bolger and, having refused to race on his last start for his former yard, his renaissance has been remarkable. Stablemate Josies Orders went on to win at the festival after taking today's race – could Cantlow follow in his footsteps?

The most intriguing runner though is Delight My Fire, trained by Czech Radim Bodlak, who also saddles Taurito in the 2m½f handicap hurdle (3.15).

The International meeting is typically as much a misnomer as baseball's World Series but Bodlak's runners offer at least a modicum of overseas intrigue. The pair are the first Czech horses to run in Britain since Orphee Des Blins, pulled up in a cross-country race at Cheltenham in November 2012. Connections will be hoping today's trip is more productive.

Last year, the opening day of this fixture yielded a second festival winner in the form of Blaklion, who went on to win the RSA Chase after landing the opening novice chase.

Regrettably not one of the four contests broadcast on Channel 4, today's race could prove the most informative on the card, and Emerging Force looks the one to watch. Ultra-professional in his two unbeaten starts over fences, he is highly rated by trainer Harry Whittington and a 20-1 shot for the RSA.

A string of familiar and admired horses line up in the Grade 3 Unicoin Group Handicap Chase over three and a quarter miles, although they are no superstars, for sure. Four of the 12 failed to finish last time out and only one, Colin Tizzard's Bally Longford, finished in the places. Southfield Theatre, who has led ante-post markets, has failed to complete two of his last five races and was last in the other two.

As a metaphor for this meeting these horses will serve us well: a little bit scrappy and by no means the stars of the stable, but welcome friends for all that, guaranteed to serve up some fine entertainment and brighten up the December gloom.

FIRST PUBLISHED 3:45PM, DEC 8 2016
With all the stars in Tizzard's shiny new hilltop barn, Third Intention might rate no higher than a solid squad player, but he's also exactly the sort of battling midfielder all championship-winning teams need