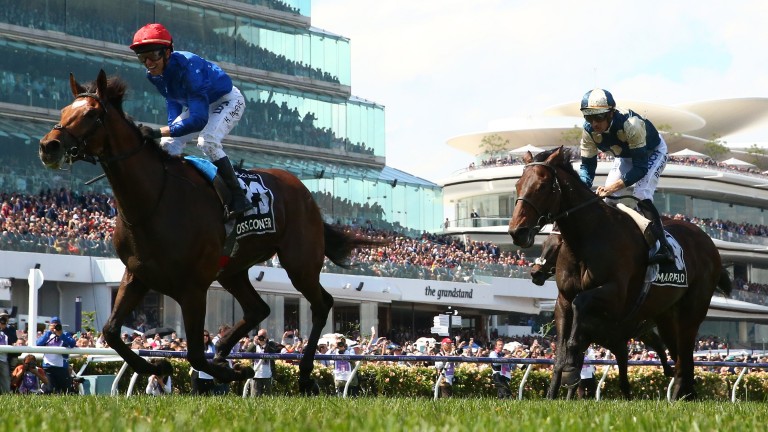 Cross Counter: beat Marmelo in the Melbourne Cup
Robert Cianflone
1 of 1
By Stuart Riley in Melbourne UPDATED 10:52AM, NOV 7 2018

The race that stops a nation was finally won by the nation that has most fallen for Australia's iconic sporting event on a day of two historic firsts.

The pioneering maiden international winner came 25 years ago when Dermot Weld's Vintage Crop proved it could be done. It has taken Britain another quarter of a century to master the art, but when they finally did so it was en masse.

In the final 300 metres Charlie Fellowes and then Hughie Morrison thought A Prince Of Arran and Marmelo were going to make them the first Brit to train a Melbourne Cup winner, but in a contest that was not run at a searching gallop McEvoy still managed to come from near last to win going away. It was a mesmerising charge.

A Prince Of Arran had travelled strongly into the straight and when Michael Walker sent Saturday's Lexus winner on Fellowes dared to dream. "He's run huge, I can't believe it," he said. "There was a point there I thought we might have the Melbourne Cup but he just got tired in the last half furlong."

It was Morrison's Marmelo that first swept past, yet his moment of excitement lasted even shorter. "There was a moment when he hit the front, but he was run down by an exceptionally good horse and weight for age makes a lot of difference," he said. "My heart had a quick flicker, but then I could see the red cap appearing and it lasted all of a split second."

But by the time Fellowes and Morrison had got excited McEvoy already knew he had it in the bag. "I got out at the 400 and knew I was going to finish but I was unaware how much running the horses in front of me had left. At the 300 I realised I had a chance and by the 250 I thought, 'I've got this covered' and 'really? Is this happening again?'" 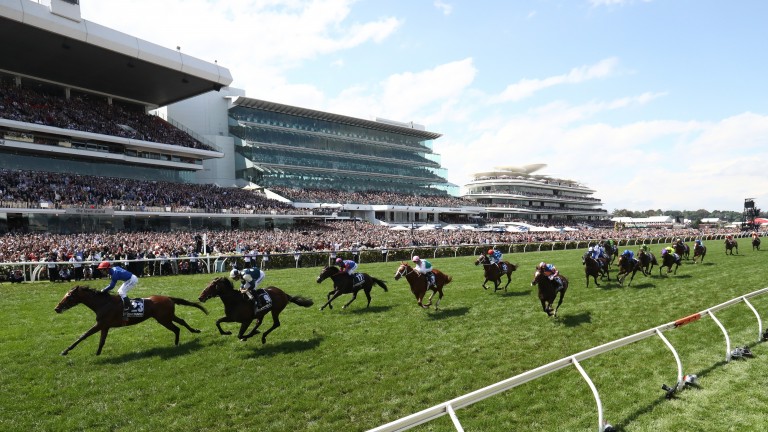 It was happening again – for a third time. And McEvoy produced a wondrous ride. Sat second last throughout, upon straightening up he had passed only a handful of runners and had no option but to angle out and circumnavigate the field. He challenged widest, and fastest. With a furlong to run he still had several lengths to make up but having got into the race on eight stone he absolutely flew home.

For Charlie Appleby it was an incredible way to cap a dream season. When he started training five years ago he named the Derby and Melbourne Cup as the two races he most wanted to win. In a stellar year in which he has now won 12 races at the highest level, he has lifted those two most prized trophies.

Sheikh Mohammed has been trying to win the Melbourne Cup for 30 years. Until now it had eluded him, but Appleby delivered with just his third starter in the race. If his two runners in 2016 were a sighter then he is certainly a fast learner.

"This year's been a stellar year and we've proved ourselves now," he said. "I learned from a couple of years ago it's tough backing up into a race like the Melbourne Cup – it's a different story. It doesn't matter where you go in the world, we're a young team and you've got to pick up what you feel is the right horse to bring down. I learned a lot two years ago, for a young horse it's hard to back up after a trial." 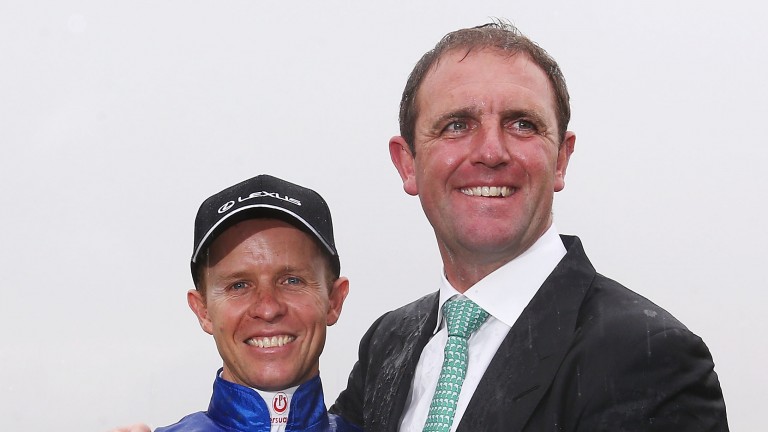 Two weeks ago Appleby had three hopes. Hamada lost his life in a freak training accident, Emotionless was ruled out through injury and Cross Counter had a setback – all within three days. "It proves how hard it is to get these horses to the big occasion," he said. "We saw it at the weekend at the Breeders' Cup with horses being scratched last minute, that's how hard it is, so getting them to championship races to perform at their best is a winner, to get the result on top is the finished article.

"This is all for His Highness Sheikh Mohammed and Godolphin. I’m just in the very fortunate position to have a great team behind me. We’ve had a testing couple of weeks but I said to Chris [Connett, assistant trainer], it makes you stronger so don’t worry about it."

The Appleby operation is certainly getting stronger, as is the British challenge for the Melbourne Cup. After a one-two-three for the Irish last year it was the turn of the British this year. The Europeans finally seem to have cracked it.

How the British and Irish fared