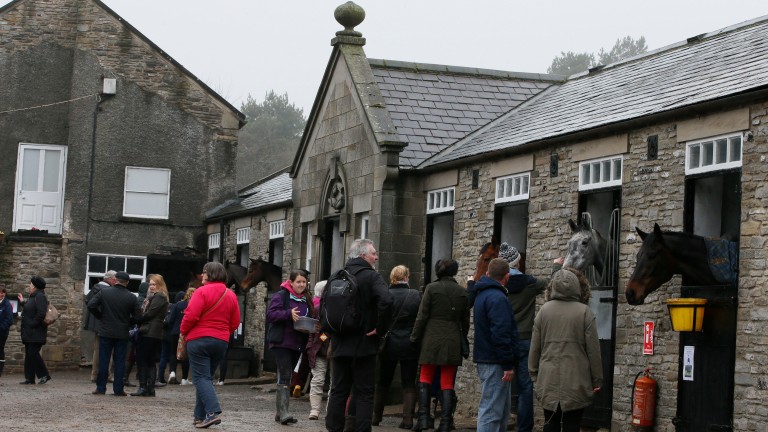 K O Kenny proved a real knockout for Amy Crook, whose year ended with a £5,000 windfall.

The groom, who works for her father Andy Crook in Leyburn, hit the jackpot thanks to an innovative competition organised by Betfred.

She won a £100 best-turned-out prize with K O Kenny at Newcastle in February, which booked her a ticket for a draw staged at Saturday's Betfred-sponsored meeting at Newbury.

And her name was the one picked out by Newbury chief executive Julian Thick – although she was not watching television at the time and found out about the prize only when her mother told her she had won.

"I wasn’t going to go out tonight because I’m racing tomorrow, but I might just have to now!" added the groom, who is described on her stable's website as the 'Queen of best-turned-out awards'.

Betfred sponsorship executive Caroline Davis said: "It is these unsung heroes who keep the show on the road, literally travelling thousands of miles a year, and we just wanted to provide something to show our appreciation.

"Massive congratulations to Amy, who made K O Kenny stand out in the paddock at Newcastle and deserves to have her efforts recognised. I hope she enjoys her prize.”

FIRST PUBLISHED 4:33PM, DEC 31 2016
I wasn’t going to go out tonight because I’m racing tomorrow but I might just have to now!