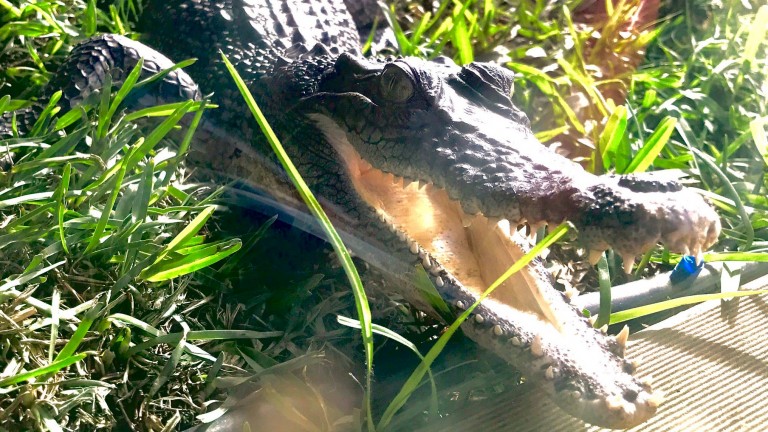 A jockey in Australia will be out of action after being bitten by a saltwater crocodile named Crikey.

Chris Symons shares his time between riding as one of Victoria's leading jockeys with media commitments for Channel Seven and running The Funky Farm near Mornington with his wife, and has about 150 animals in his care including the crocodile.

He was bitten on Sunday when moving it to a public display enclosure while preparing to host patrons on the day.

“I was told they bite, but now I know how hard,” Symons said.

“Because of the bacteria they carry I had minor surgery. They are amazing animals that should always be treated with the upmost respect, human error on my behalf was the cause.

“Crikey is the most intelligent creature and my lesson has been learned.”

Symons had surgery at Frankston Hospital on Sunday night and has avoided tendon damage in the incident. He was able to attend the National Jockeys Trust fundraising cricket game at Williamstown on Monday.

Watch and listen as race-caller is silenced by a moth