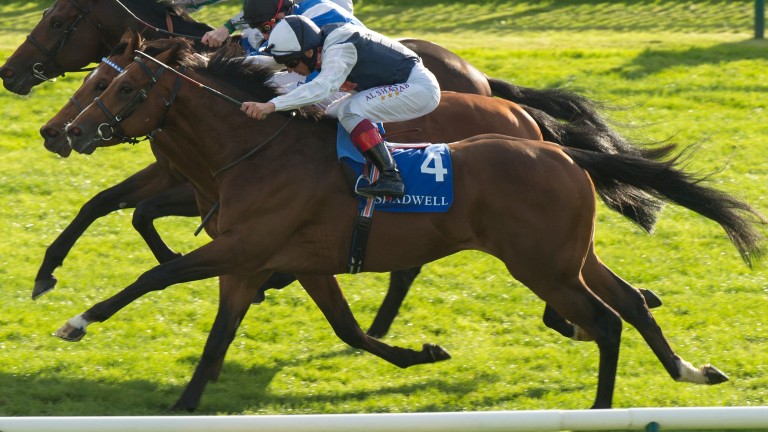 Siyoushake produced a smart turn of foot to come from off the pace to run down the John Gosden-trained Crazy Horse in this Group 3 on Sunday.

Siyoushake provided a parting winner for Jonathan Pease when he retired last November and, with current trainer Freddy Head absent, it was left to majority owner Larry Roy to conduct the debriefing.

"Ever since she went to Monsieur [Nicolas] Blondeau for stalls re-education she has completely changed and ran very well in the Rothschild and Sun Chariot," said Roy. "The plan was to send her to stud after this, but there could be a change of plan now."

Gosden said of length-and-three-quarter runner-up Crazy Horse: "He ran a good race and never really saw the other one coming. It's not his style of running to be up there, but there was no pace. I'm happy with him."

FIRST PUBLISHED 6:25PM, OCT 30 2016
The plan was to send her to stud after this, but there could be a change of plan now