Crazy Horse aims to double Gosden score for the year 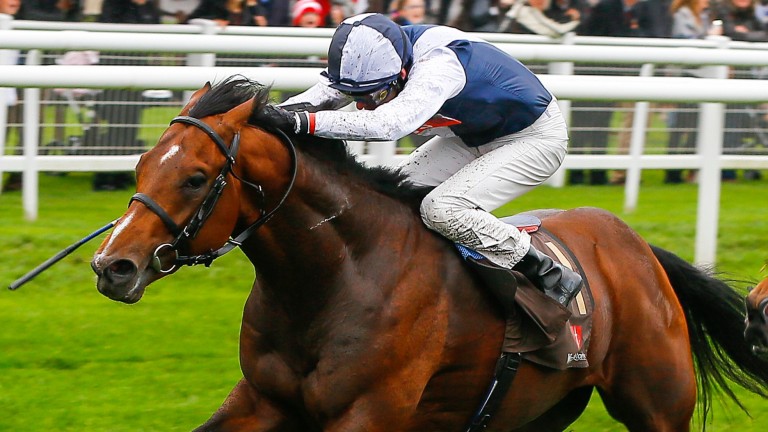 After a fantastic run of success with Kingman, Star Of Seville and Arc hero Golden Horn in France over the past two years, it was something of a surprise that John Gosden had to wait until The Black Princess landed the Prix Solitude here at the beginning of the month for his first success of this French season.

Christophe Soumillon was on board that day and Gosden has called up the Belgian ace once again for the ride on Crazy Horse, himself no stranger to France having run well in the Poule d'Essai des Poulains, before finding only the classy Siyoushake too strong over this course and distance in the Group 3 Prix Perth.

"He ran well there the other day and was beaten by what I thought was a pretty smart filly," said Gosden of the Sleeping Indian colt, a winner of the Horris Hill at two.

"He likes give in the ground so hopefully he'll put in a decent performance. It's getting late in the year but he seems in good order."

Conditions are always testing at Saint-Cloud by this stage of the year, and a penetrometer reading of 5.3 (very heavy) suggests this will be an ordeal.

The former Charlie Appleby-trained Blossomtime has thrived for a change of surroundings with Alex Pantall and she aims for a second Listed success after easing past Game Theory in the Prix Isola Bella.

FIRST PUBLISHED 6:09PM, NOV 24 2016
He ran well there the other day and was beaten by what I thought was a pretty smart filly