Sprint scrutiny: pointers and trainer views for the Abernant Stakes 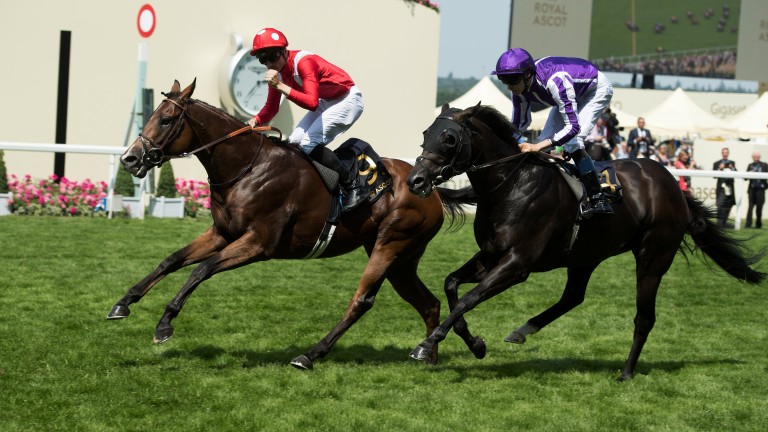 Is Le Brivido an out-and-out sprinter?

During a short three-month campaign last year, Le Brivido was beaten a short head in the Poule d'Essai des Poulains – the French 2,000 Guineas – before winning at Royal Ascot under Pierre-Charles Boudot, who retains the ride.

At the time he was very much regarded as a miler by Fabre, who had the Sussex Stakes in mind for the colt.

But after giving Le Brivido some time off following a minor hold-up last summer, Fabre has opted to start him at 6f for his first run with the Coolmore partners who are now 50 per cent owners with Prince Faisal Bin Khaled.

Fabre said: "I'm happy with his work and he's done enough for a first race of the year. He's doing well, any ground will suit him and he's going to run a good race.

"He has some speed and I'd be more concerned by a mile than by six furlongs."

Brando announced himself as a sprinting force with an eye-catching win in this race 12 months ago, delivering a third victory in the contest in four years for the Kevin Ryan stable.

He was forced to miss Royal Ascot after his stable was the subject of a temporary shutdown, but built on his debut victory by finishing third in the July Cup before winning the Group 1 Prix Maurice de Gheest. 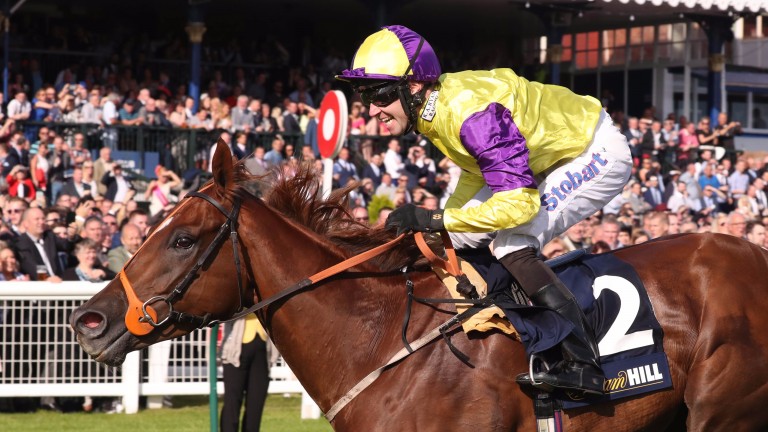 He has undergone a wind operation since the end of last season but Ryan said it was of little significance.

"He's in good form and this is a good starting point again," he said. "The ground will be fine and he has track experience. The wind op was a very minor procedure and won't make any difference. It was just to keep him where he was."

Magical Memory rattled off wins in the Abernant and Duke of York Stakes in 2016 but did not run at Newmarket last year.

Magical Memory: 2016 winner back for another crack
Martin Lynch

He will have a fitness edge having contested the Al Quoz Sprint at Meydan last month but was well down the field.

Trainer Charlie Hills said: "He's been a great servant, but he's slipped in the handicap since 2016 to just 107 and, looking down the road, I wouldn't rule him out of the Wokingham at Royal Ascot.

"The Al Quoz Sprint was too much for him against race-fit opponents – Frankie [Dettori] said he felt good for the first four and a half furlongs but was rusty in the final furlong – but he hardly lost any weight during the trip and has come back in good order."

Bruce Raymond, racing manager to Saeed Suhail, owner of Dream Of Dreams
The softer it is the better for him. He's progressing well. Michael has been pleased with his preparation. We're a bit cautious about the track as he could be a shade better on a flatter surface.

Roger Charlton, trainer of Projection
He was a bit of an unlucky horse last year when one or two things didn't quite go right. The draw was not to his advantage in the Wokingham and the ground wasn't to his advantage at Ascot at the end of the season. Our horses have been quite held up, we have hardly been on the grass until the last few days. It's a stab in the dark as to how fit they are but I hope he's ready to run well.

William Haggas, trainer of One Master
She's a useful filly and this is a step up in class but she's pretty good. She does appear to enjoy a bit of dig in the ground. I can't believe I'm saying this but I hope it doesn't dry up too much. It's very warm and blowing in Newmarket.

FIRST PUBLISHED 6:00PM, APR 18 2018
He has some speed and I'd be more concerned by a mile than by six furlongs