Crack may have appeared in Thistlecrack's armour - Johnson 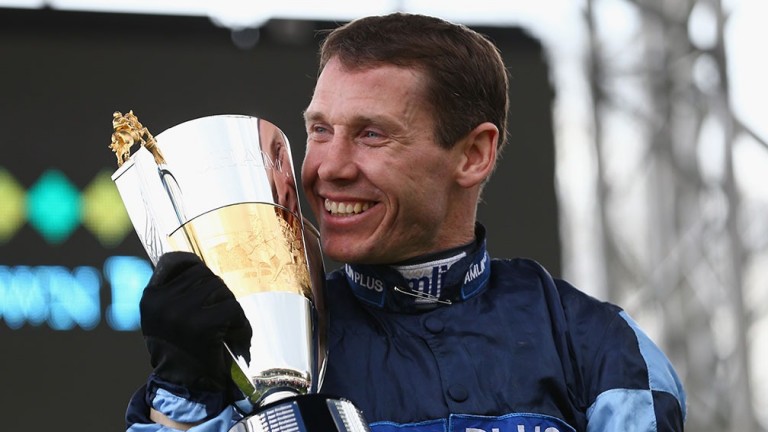 Richard Johnson believes that Thistlecrack's defeat at Cheltenham may have opened the door for his Timico Gold Cup rivals.

The hitherto unbeaten chaser remains favourite for the race but is now seen as more vulnerable by the champion jockey, who will be on board stablemate Native River come March.

Thistlecrack was beaten by the ill-fated Many Clouds in the Cotswold Chase last weekend and Johnson said on the Opening Show on ITV4: "I think it gave a lot of people a lot of hope.

"After the King George he looked mighty impressive and he's still obviously the one we have got to beat and he is very, very good. But I felt he looked a little bit flat.

"The King George was very impressive but it probably took more out of him than they perhaps thought. I thought he jumped well but he looked very safe which perhaps for Thistlecrack isn't a good thing, he exudes flair and flashiness and he didn't look like that at Cheltenham on Saturday."

Native River proved his staying power with success in the Welsh Grand National at Chepstow but Thistlecrack has yet to prove his effectiveness over the 3m2f Gold Cup trip.

"I think stamina is one thing that is a bit unknown for Thistlecrack," said Johnson, who won the Gold Cup on Looks Like Trouble in 2000.

"Many Clouds was an out-and-out stayer and that's where he put him under pressure."

FIRST PUBLISHED 5:19PM, FEB 4 2017
After the King George he looked mighty impressive and he is still obviously the one we have got to beat and he is very, very good. But I felt he looked a little bit flat