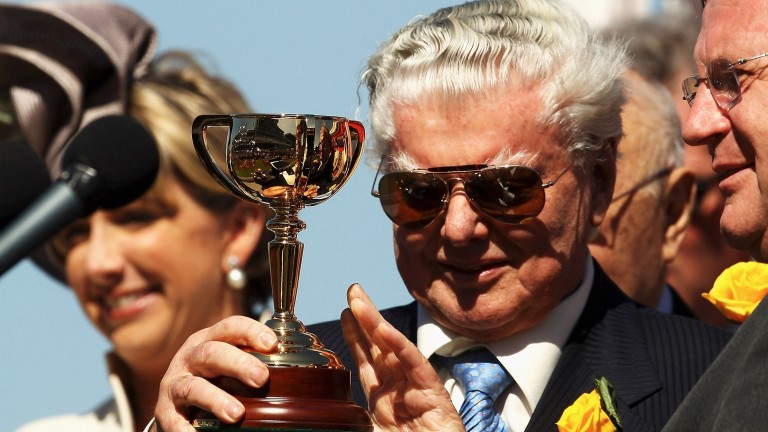 Saintly, the Bart Cummings-trained champion who won the 1996 Cox Plate and Melbourne Cup, has died at the age of 24.

Darren Beadman, who rode Saintly to both of those big-race victories, told Sky Sports Radio: "He was a great horse to me and to Australian racing. He was a champion. He loved racing. He was a very kind horse in his make-up and was a dream to ride.

"Bart had a soft spot for him because he bred him and raced the dad."

The 'horse from heaven'

"Saintly, the horse from heaven, has gone home. He gave us so much," Cummings said.

Saintly was known as the "Horse from Heaven" because of his name and his jockey, the devout Beadman.

He was also the horse who helped Cummings pay his way out of a crippling financial situation prompted by the collapse of the Cups King Syndicate.

Saintly spent the bulk of his retirement at Cummings' Princes Farm on Sydney's outskirts, a property the late trainer described appropriately as "horse heaven".