Latest BREAKFAST WITH THE STARS 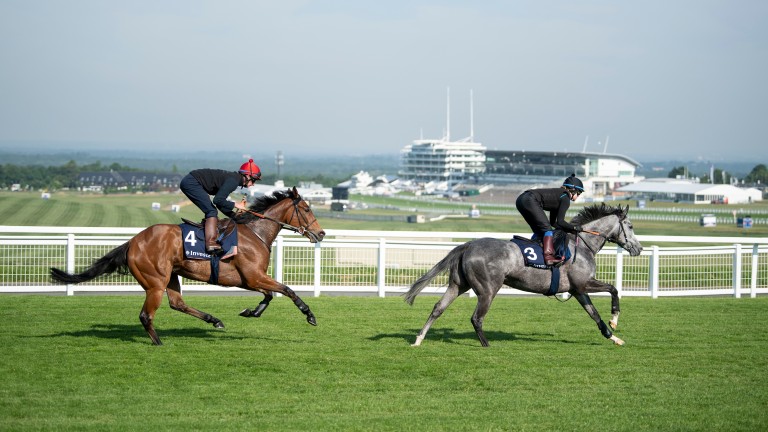 Perfect Clarity (Adam Kirby) follows Luire down the hill to Tattenham Corner at Breakfast With The Stars
Edward Whitaker
1 of 1
By Graham Dench and Jon Lees UPDATED 4:08PM, MAY 22 2018

Clive Cox hailed Perfect Clarity as "the best middle-distance filly I've had anything to do with" after his Lingfield Oaks Trial winner delighted jockey Adam Kirby in Tuesday's Breakfast With The stars gallop at Epsom.

It was an undemanding affair, and Perfect Clarity was not asked to go past her galloping companion Luire, but it was everything Cox wanted and connections are convinced she goes to next Friday's Investec Oaks with a live chance. She still is available in places at 16-1.

Cox, who was held up in traffic and nearly did not make it, said: "I'm delighted. She's only run twice and so I'm very grateful to Epsom for putting the day on. I've been very happy with her since she won at Lingfield, but today was an opportunity to give her a little more exposure.

"There were no speed records broken, but it gave Perfect Clarity a chance to look around and absorb the atmosphere. It's been a very pleasing day out for her, which is exactly what we wanted."

He added: "She's acquitted herself really well so far, winning her maiden first time out at Nottingham last year and doing really well at Lingfield, where she had less experience than most. Today was another small step and I've got enormous confidence that she's going to acquit herself well.

"Adam is delighted with the way she is growing up and maturing. Nathaniel is an amazing sire and she's from a really nice family. She's got a lot of ticks in a lot of boxes, and she's definitely the best middle-distance filly I've had anything to do with. I'm looking forward to it very much." 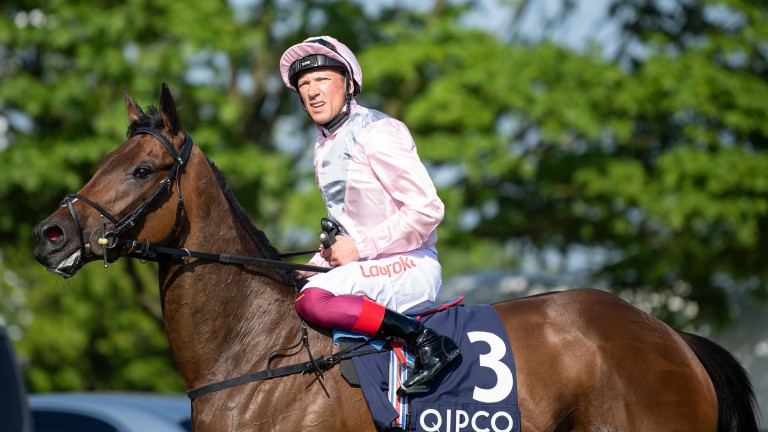 John Gosden has been a regular supporter of Breakfast With The Stars, sending Epsom Classic winners Golden Horn and Taghrooda to the event, but this year had a change of heart about Oaks favourite Lah Ti Dar, who stayed in Newmarket.

The trainer said: "She is fine. She worked nicely on Friday. I didn't think six hours on the road was something she quite needed ten days before the race. She's fit, well and happy. She has pleased us with everything she's done. I just felt she would be better at home rather than on the roads.

"She a filly crying out for a mile and a half. Her mother stayed it well and she's very much like her."

Owner Lord Lloyd-Webber has enjoyed little luck in the Oaks with The Fugue suffering major interference before finishing third and neither Lah Ti Dar's dam Dar Re Mi and sister So Mi Dar making the line-up.

Gosden said: "Her mother was going to the Oaks and was walking along Sir Mark Prescott's lawn and someone gunned a lawnmower from the other side of the wall.

"Dar Re Mi spun round and went down and was lame. She missed the Oaks for pretty eccentric reasons. It hasn't exactly been a lucky race for the Lloyd Webbers. Let's hope we can turn that round this time." 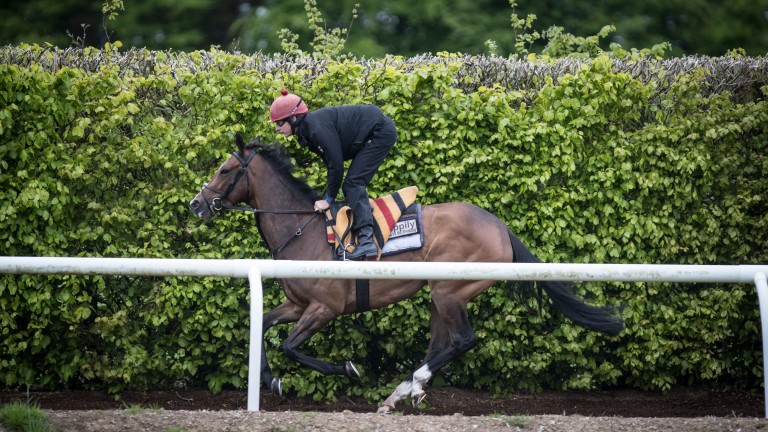 Happily, pictured on the Ballydoyle gallops, misses the Oaks for the Irish Guineas
Patrick McCann

Aidan O'Brien said he could saddle four runners in the Oaks but ruled out Happily, at 10-1 the shortest-priced horse he has in the Classic betting, and suggested Magical, a 16-1 chance, might be Ryan Moore's ride.

"Happily won't go because she's going to the Irish 1,000 Guineas and will not have time to come back. The others [Magical, Magic Wand, Bye Bye Baby and I Can Fly] are very strong possibles.

"I haven't spoken to Ryan, but Magical was a very highly rated filly last year and she's a full-sister to Rhododendron. I knew Ryan was very happy with Magic Wand, so not it's going to be an easy one for him. He'll probably find it hard to get off Magical, but that doesn't mean  he won't."

Godolphin rely on Wild Illusion, who finished fourth in the 1,000 Guineas. Trainer Charlie Appleby said: "James [Doyle] was very happy with the way she handled the ground at Newmarket. She won the Marcel Boussac on deeper ground. It was a good performance from a filly I'm very fond of. Stepping up in trip is going to be in her favour."

FIRST PUBLISHED 3:31PM, MAY 22 2018
Today was another small step and I've got enormous confidence that she's going to acquit herself well

Goolwa flies home in Listed feature thanks to in-form Probert's patience There's a buzz about the Flat in this jumps heartland - just ask Nicky Henderson 'He'll be a nice horse next year' - Crowley impressed with Ikhtiraaq Can Adayar go from Arc fourth to Champion Stakes winner in 13 days?