Willoughby edges out Wolf in thriller to give Pauling festival first 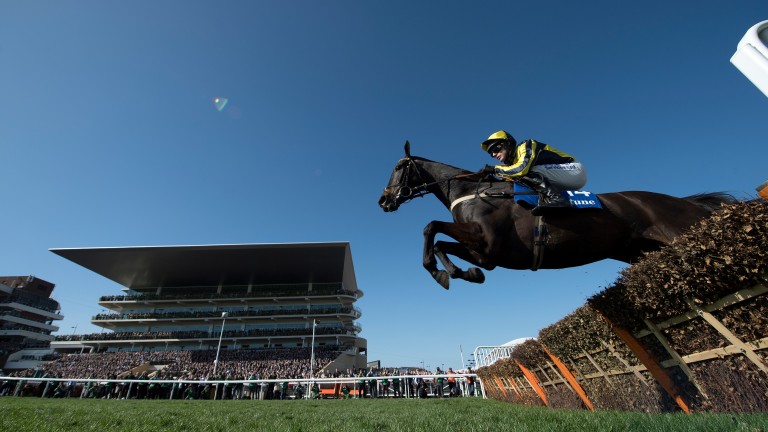 David Bass came painfully close to upsetting first-day festival banker Altior on Tuesday but did not miss out with his next opportunity when producing a brilliantly executed ride to deliver a breakthrough victory for Ben Pauling on Willoughby Court.

The jockey had 24 hours to stew over what might have happened had Charbel stood up when half a length up on Altior in the Racing Post Arkle with all to play for when the pair crashed out at the second-last fence.

His pride may have been dented but his confidence was unshaken as he produced virtually identical tactics on Willoughby Court, leading from flag fall and taking all that favourite Neon Wolf and Noel Fehily could throw at them to win by a head.

"Yesterday was gutting," Bass said. "It's not just who is involved in these things. I ride for two good yards that have prepared horses brilliantly well for this week and when you get as close as you did yesterday for that to happen is gutting.

"I'm glad I made up for it today. There will be other days for Charbel. I thought it would have been very close. I know Altior has gone away and won well but I felt I had quite a bit of horse left. We'll never know.

"This lad is so tough, He stays really well and when Neon Wolf got to me I thought it would be fairly close but he really fought."

Ben Pauling shared in plenty of festival moments as an assistant to Nicky Henderson but a maiden victory a year after Barters Hill was a beaten favourite in the Albert Bartlett was "pretty special".

"We set out with a plan," he said. "There weren't any confirmed front-runners except for ourselves and I told David to get him in his own rhythm. He settled beautifully and didn't miss a beat at any of his hurdles.

"When I saw Neon Wolf come there between the last two I was slightly concerned. I hope we would get him off the bridle and he did. He was gutsy as you like and he got an exceptional ride from David.

"David and Nico [De Boinville] are the jockeys I use and their clocks from the front are second to none. They can almost ride others to sleep and that is what happened today."

The trainer added: "This means everything and more. We have had a fantastic start to my training career. My staff are exceptional but this is the icing on the cake. Coming here last year with Barters Hill was a gut-wrencher. We didn't have quite the expectation of that this year but I thought Willoughby Court was a bonkers price."

Harry Fry won last year's Albert Bartlett, in which Barters Hill was fourth, with Unowhatimeanharry and took the positives out of Neon Wolf's near-miss.

"We would have loved to have won, but all credit to Ben Pauling and his team for a fantastic performance by the winner, who pulled out more and more," he said.

"I'm absolutely delighted with our run. A certain Rock On Ruby finished second in this too, beaten a short head, and he didn't go on to do too badly. There are plenty of what ifs in racing but we were second best on the day.

"We've run a good race and he's got the trip no problem as he's coming back at the end. We've got a lovely horse on our hands. We'll see how he comes out of this before deciding if he runs again, but the owner is very keen on Punchestown."

Jockey Noel Fehily said: "He's run a blinder but it had probably dried out a fraction too much. I still thought I'd win going to the last but he's pecked badly, which has cost him a little bit. He's still run a great race."

FIRST PUBLISHED 1:46PM, MAR 15 2017
We didn't have quite the expectation of that this year but I thought Willoughby Court was a bonkers price