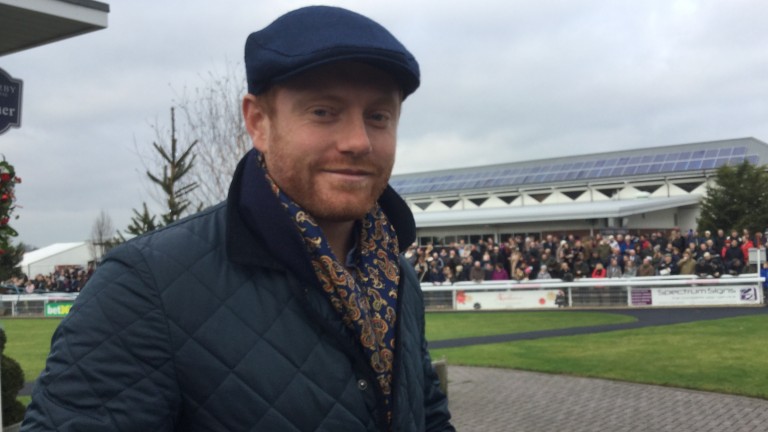 They were resigned to competing with Roger Federer and Lewis Hamilton but now they could be hit out of the park by Johnny Bairstow and Jason Roy.

Competing with the men's singles final at Wimbledon and the British Grand Prix at Silverstone was always going to be tricky for Perth and Stratford, which stage jumps meetings on Sunday afternoon.

But England's qualification for the Cricket World Cup Final, which will be shown free-to-air on Channel 4, makes a day at the races an even harder sell on a veritable 'super Sunday' for sport.

Stratford racecourse manager Ilona Barnett said: "It's not going to be easy! It's fantastic that the England cricketers are doing so well but with that, Wimbledon and the Grand Prix racing fits in somewhere at the end really.

"We've got to embrace the other sport rather than ignore it. We're going to show the cricket and we hope people will come to watch that and the racing and enjoy the day.

"It's a family day and we hope that will attract a lot of people, we have a huge amount of entertainment and it's all free."

Chief executive Hazel Peplinski is confident that Perth's meeting will not be hit by events at Lord's.

"We're looking forward to our family day," she said. "I'd rather be doing something than watching it all.

"Our sales are ahead of last year, when we had the same clash with Wimbledon and the Grand Prix. We have a huge number of local families that we do a lot for.

"We'll be showing the tennis but, although I may be speaking personally, I have to say that the England cricket team is not on the radar here – I couldn't even name who they are up against!"

FIRST PUBLISHED 6:00PM, JUL 13 2019
It's fantastic that the England cricketers are doing so well but with that, Wimbledon and the Grand Prix racing fits in somewhere at the end really

Perth not rushing to have larger crowds despite Scottish restrictions easing