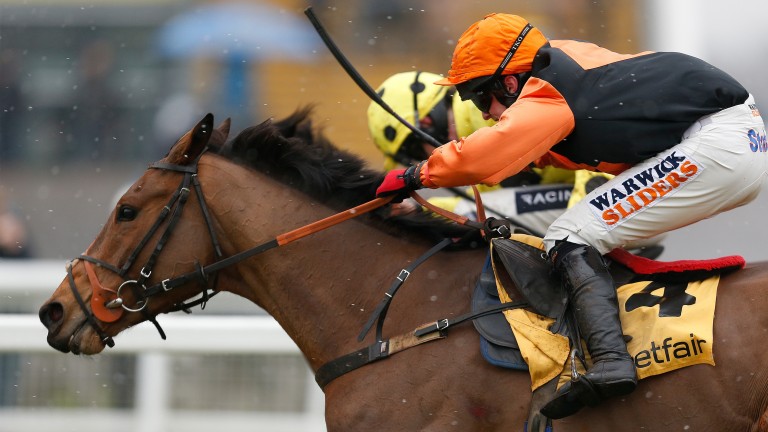 The up hill and down dale nature of Cheltenham’s circuit doesn’t suit every runner but there is one horse in this race who absolutely loves the test. Step forward last year’s winner Tobefair, who has had his last six starts at Prestbury Park and been successful twice.

Last season’s victory looked like the culmination of a huge jolt of improvement, but Tobefair proved he is still on the upgrade when beaten only eight lengths in sixth of 15 behind Lisnagar Oscar in the Stayers’ Hurdle at the festival in March, recording a career-best RPR.

The Debra Hamer-trained ten-year-old has to shoulder top weight of 11st 12lb off a BHA mark of 152 back in handicap company, but he is 2lb lower than when beaten just four lengths in third in a Listed handicap over course and distance in November and Jack Tudor is booked. The leading conditional is superb value for his 5lb allowance, so Tobefair isn’t overburdened.

It can sometimes pay to latch on to a trend with trainers and one thing that has caught my eye is the success Tom Lacey enjoys with his runners in staying races.

Lacey saddles this month’s impressive Hereford winner Neville’s Cross and has booked Robbie Power for the ride. That looks significant as the pair have teamed up only four times in the last five seasons, but have had a winner and a third. Not bad for such a small sample.

Champagne Court is an interesting runner back over hurdles following a spell chasing. The Jeremy Scott-trained seven-year-old has always been talented and had form over three miles in point-to-points. This is his first try at the distance under rules and he has had wind surgery. Scott has one winner from eight runners (13 per cent) with runners following a wind op.
Graeme Rodway, tipster

Henry Daly, trainer of Honest Vic
We’re making an inquiry to see if he gets three miles. He’s fit and well, and I don’t see why he won’t get the trip. We’ll decide afterwards whether to stick to hurdles or go chasing.

Alan King, trainer of The Devils Drop
He’s been missing for a long time due to a leg problem but is back in good form and will go chasing after his run over hurdles – he’s sure to need a race. He was very progressive when we last saw him.

Philip Hobbs, trainer of Flinck and Cotswold Way
Flinck ran very well at Chepstow and I hope the longer trip will be in his favour. Cotswold Way ran better last time at Chepstow. I hope he’s got his confidence back after a spell over fences.

David Pipe, trainer of Story Of Friends
He’s enjoyed a good summer and was unlucky not to win last time out. He’s gone up in the ratings so we’re claiming 7lb off. He’ll like the ground and it will be his last run before a winter break.

Dan Skelton, trainer of I’d Better Go Now
I’m really happy he got in at the bottom of the weights – I feared he would be balloted out. Harry [Skelton] will do 10st, and I don’t think the track will hold any fears.

Fergal O’Brien, trainer of Goodbye Dancer
He did really well for us last year, winning at Cheltenham. He then had a bad fall and I feel we’re still seeing the aftermath of that. Hopefully the return to Cheltenham will spark him up.
Reporting by Richard Birch

Graeme Rodway: why proven chase form could be the answer to a classic conundrum

Will an enormous BHA handicap mark of 164 anchor Frodon and Bryony Frost?

'He's very much on the up' - progressive sprinters clash on the Knavesmire Could Atalis Bay be the latest sprinter to take the Scurry en route to stardom?