Course is a valuable haven for different types of wildlife 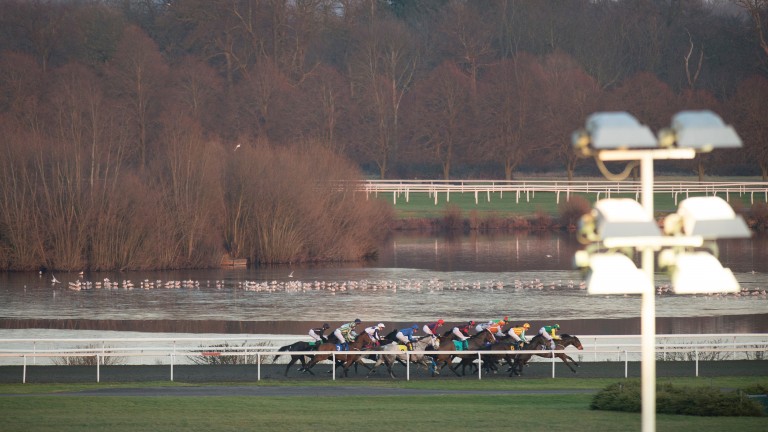 Kempton racecourse is one of the largest open spaces in Spelthorne and is in the green belt
Edward Whitaker (racingpost.com/photos)
1 of 1
By Jeremy Early 3:21PM, JAN 22 2017

Planning consent is perhaps the biggest potential hurdle to the Jockey Club’s plans to bulldoze Kempton, and one of the major considerations will be the area’s importance for wildlife. Journalist and nature photographer Jeremy Early explains the significance . . .

Kempton racecourse is one of the largest open spaces in Spelthorne and lies in the green belt. It is also 800 metres from Sunbury Cross, which suffers from air pollution, with average nitrogen dioxide levels consistently exceeding the national air quality objective of 40ug/m3.

The site is valuable for wildlife. The lake within the course and the adjacent woodland in Half Moon Covert have both been made sites of nature conservation importance by Spelthorne Borough Council mainly because of the bird populations, including herons, common snipe, teal and shovelers.

Red House Reservoir north-east of the course is a site of special scientific interest. It is also part of a special protection area and the internationally designated south-west London waterbodies' Ramsar site for waterfowl. The area is of national importance for wintering gadwall and there are populations of grass snake, palmate newt, smooth newt, toad and common frog.

John Brooks, assistant head of planning for policy at Spelthorne, referring to the special protection area, said: "You have got a designation of a very high order in one corner of the site, and no doubt the specialists in the field would say that even if you did want to build you would almost have to put a buffer zone around something like that."

The noctule bat is a biodiversity action plan priority species. In Britain all bat species and their roosts are legally protected, both domestically (Wild Mammals Protection Act) and internationally (including Bern Convention appendix ii and EU habitats directive annex iv).

Planning authorities have a legal obligation to consider whether bats are likely to be affected by a proposed development. This includes light pollution.

Most of the species mentioned above have a close connection with water. On the same front, getting on for 50 per cent of the area proposed for development is designated as flood zone 2 by the Environment Agency, which means it is subject to a 1 in 1,000 chance of flooding in any year.

The local council has stated: "Any land or building which may be at risk of flooding is subject to restrictive planning policies on what may be built."

FIRST PUBLISHED 3:21PM, JAN 22 2017
The lake within the course and the adjacent woodland in Half Moon Covert have both been made sites of nature conservation importance