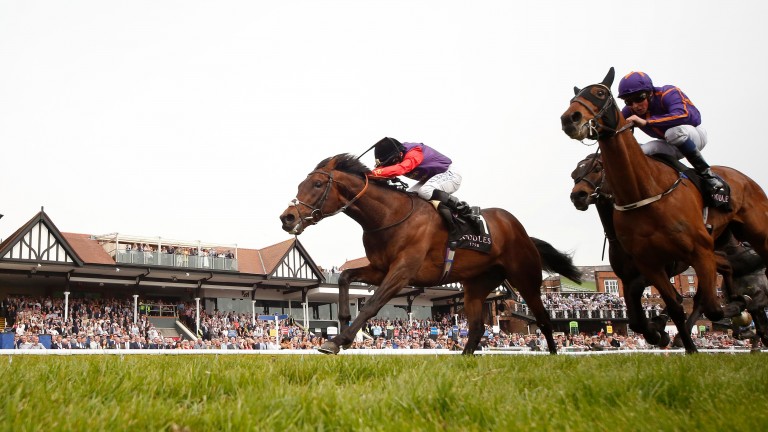 Chester has enhanced last year's successful appearance money scheme so that in 2017 no owner will leave the racecourse with less than £500.

The 2016 initiative, offering appearance money of £400 per runner throughout the season, contributed to a significant drop in the number of non-runners that are perceived to be such an issue at the track, in part because of the importance of a decent draw.

Chief executive Richard Thomas stresses that while maintaining or improving field sizes is crucial to any racecourse model, it is the owner's experience that is paramount.

He said: "We never have a day's racing with fewer than 20,000 people, but we know that without horses we don't have a sport, and with this in mind we decided last year to make an appearance money payment of £400 per horse.

"We found this helped with runners and reduced non-runners, and so for this year we've decided to commit £500 per horse, plus wine and a sumptuous lunch.

"We hope it will make it a really easy decision for owners to race at Chester. They can come for a great day's racing, and even if their horse isn't placed it shouldn't have cost them anything, as they've got £500 in their pocket."

He added: "With eight runners a race so important in this new era of media rights, we are also maintaining our minimum prize-money of £10,000, so at the lower end we're not having bad races being run for bad prize-money.

Hurdling remains a possibility at Chester

The idea of staging hurdling at Chester, first mooted in 2012, is not quite dead in the water, although chief executive Richard Thomas admits his board will not be easily persuaded.

Thomas said: "I would do it tomorrow, but people in racing are quite reserved. I would see it as just one day a year, possibly Boxing Day, or another day in that holiday period, and it would be a self-funded fixture.

"It's not in the 2017 fixture list, but it could be in the ten-year plan we're working on now. It could be done, as the track is wider than you think it is and we can place four hurdles a circuit without having any on the turn.

"I could see it, and I think we could make it grow. Donald [McCain] would support it, and so would the Irish, so it's not impossible. But whether we're brave enough I don't know."

FIRST PUBLISHED 4:09PM, FEB 15 2017
We know that without horses we don't have a sport, and so for this year we have decided to commit £500 per horse, plus wine and a sumptuous lunch