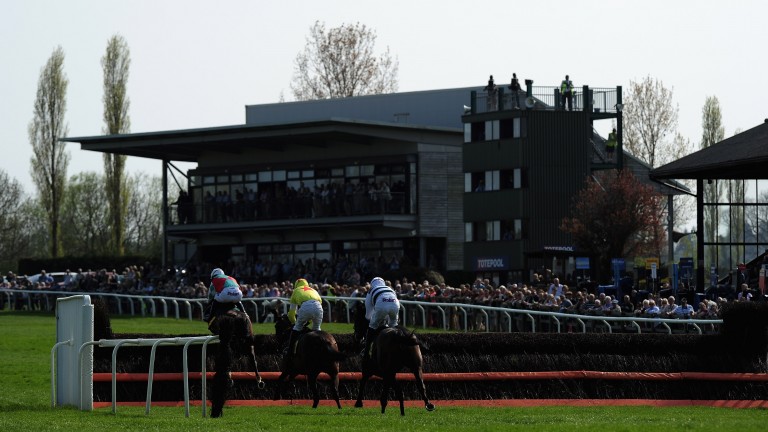 Fakenham: has attracted a competitive field for a showpiece event
Jamie McDonald (Getty Images)
1 of 1
By Keith Melrose 6:00PM, MAY 7 2018

Britain's sharpest Flat track will on Wednesday host one of the calendar's major staying prizes. There are shades of the same about Tuesday's Norfolk National, which although lacking the prestige of the Chester Cup is one of the biggest races of the year at Fakenham, probably the sharpest jumps track in Britain.

Any chance that horses rated up to 125 have to race for prize-money of £31,800 should be applauded, and trainer Neil King, responsible for Mercers Court, summed it up when he said: "The most important thing is we should be congratulating Fakenham for putting on such a good race for the grade. To have a 0-125 with nearly £20,000 to the winner really is fantastic."

Neil King: full of praise for Fakenham as he looks to Mercers Court
Martin Lynch

Bottomweight Frank N Fair has already contested a regional national this season, the Sussex version at Plumpton, which despite being a 0-135 is worth very slightly less. It is no wonder this race has attracted such a healthy field of 13.

We are still at something of a crossroads in the new jumps season. For a few, this will be their last run before a winter break. Others are fresh and starting out on a summer campaign. Punters have to take fitness on trust with that group but, given the prize-money involved, can take it that most of these horses are ready to do themselves justice in pursuit of a rare pot.

One of those returning is Washed Ashore, who has had a couple of spaced-out runs since ending a fruitful summer campaign in August. He very much caught the eye when fourth at Doncaster in February and might just have been aimed at a race like this.

Seamus Mullins, trainer of Cap Horner
He showed improvement over the trip at Taunton and likes a bit of good ground, so I think we'll go there with a good each-way chance. I wasn't surprised with how he took to the longer trip at Taunton, we've always thought he'd make a nice stayer one day. Andrew Thornton will ride as Jerry McGrath's at Ludlow, but Andrew's won on him before.

Neil King, trainer of Mercers Court
He'd lost his way a little bit but he had a break over the winter and we were pleased enough with his comeback run at Stratford over a trip that's probably too short these days. He's dropped to a decent mark and should run a nice race. Obviously the trip is an unknown, but 3m5f at Fakenham isn't like 3m5f at Towcester and he's won around here before.

Zoe Davison, trainer of Frank N Fair
She's been brilliant the last few months. I'd half-considered retiring her, but she's been flying and the only blip has been Hereford, when we had trouble travelling there. We've had an eye on the race for a while and it's a nice way to finish before giving her a break and bringing her back in the autumn. She goes on any going, they can just sometimes go a bit quick for her on better ground, but over the trip I doubt that'll be a problem.

Read exclusive previews every day from 6pm on racingpost.com

FIRST PUBLISHED 6:00PM, MAY 7 2018
We were pleased enough with his comeback run at Stratford over a trip that's probably too short these days