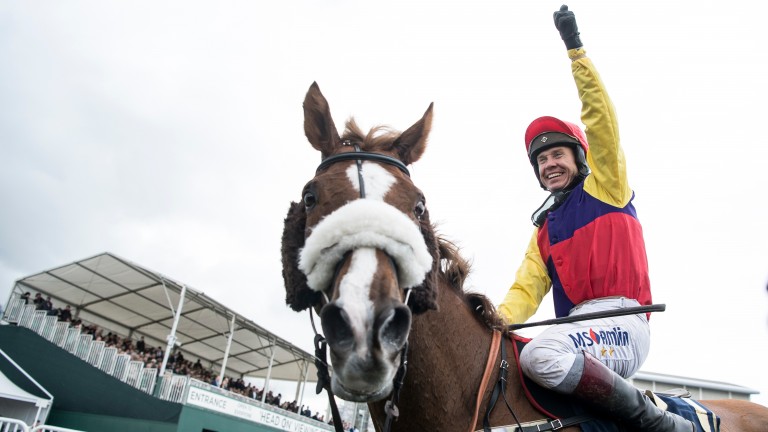 Richard Johnson celebrates after winning the Gold Cup on Native River
Edward Whitaker
1 of 1
By Tony McFadden 8:51AM, NOV 19 2018

You would have to be a huge jumps fan to dispute that the best race of the day takes place on the all-weather at Kempton. The final of the middle distance series, with prize-money of £75,000, is the highlight of a valuable seven-race card and provides a good puzzle for punters.

Excitement for the weekend builds with the release of the forfeits for Saturday's Betfair Chase and Colin Tizzard hosts a media day, so expect an update on Native River.

It's also a big day for the betting industry. After seven months of competition the climax to the 2018 Racing Post/SIS Betting Shop Manager of the Year is reached. One of the eight finalists will be crowned overall champion.

The hardcore band of Fibresand fans will not be amused to see Southwell is staging a jumps meeting rather than an all-weather card. They will have to settle for the Polytrack of Lingfield.

Olly Murphy looks as if he is sending a strong team to Fakenham as he has entered nine runners and could be represented in four of the six races.

Expect some minor ripples in the market for the Ladbrokes Trophy as Newbury puts on a gallops morning featuring big-race updates from a selection of leading trainers.

There's decent quality throughout the day as Warwick puts on a £30,000 veterans' handicap chase, a type of race which always proves popular with racegoers and punters. Chepstow and Hexham provide the supporting action.

There are three all-weather meetings to savour in the evening, with £45,000 on offer in the Listed Hyde Stakes at Kempton. Mitchum Swagger, Flaming Spear and Hathal are among the well-known potential runners.

Some high-profile names, including Don Poli and Invitation Only, feature among the contenders for the not-so-snappily named Boomerang Animal Bedding And Boomerang Horse & Country Store Chase at Thurles. Willie Mullins will hope the Listed prize comes back to Closutton yet again after winning it for the last three years.

Ryalex, the one-eared wonder, is due a hefty rise in the weights after pulverising rivals at Carlisle but he might make a quick reappearance under a penalty at Market Rasen. 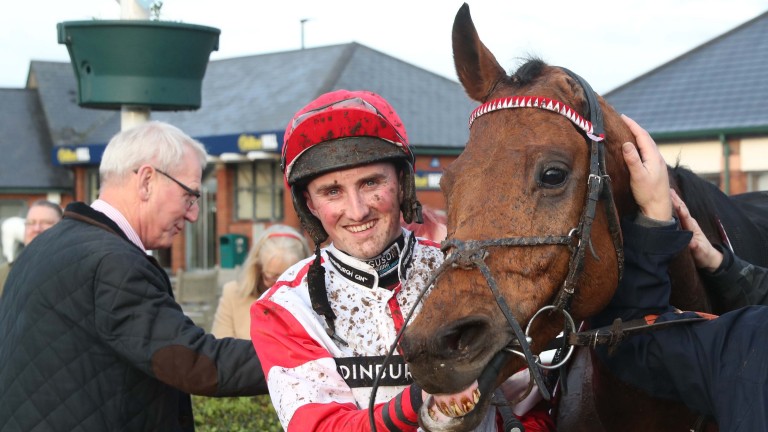 The one-eared Ryalex and Stephen Mulqueen after victory in the 2m4f handicap chase
John Grossick (racingpost.com/photos)

There's also a jumps card at Wincanton and all-weather fixtures at Newcastle and Wolverhampton.

Jumps meetings at Ascot always attract promising performers and there are several interesting youngsters among the entries.

Chief among them is Danny Kirwan, who has a huge reputation and looked one to follow when landing his bumper. He was beaten at Aintree but trainer Paul Nicholls has advised ignoring that performance as he was over the top.

Native River was an ultimately decisive winner of the Cheltenham Gold Cup, staying on strongly to fend off Might Bite, who had looked likely to triumph on the turn for home. However, that took place on testing ground, at a stiff track and over three and a quarter miles.

Does the drop in trip, a sharper course and likely better ground swing things in Might Bite's favour? It's going to be fun finding out in the Betfair Chase which, along with the King George and Chelteham Gold Cup, forms the chasing triple crown, for which there is a £1 million bonus. 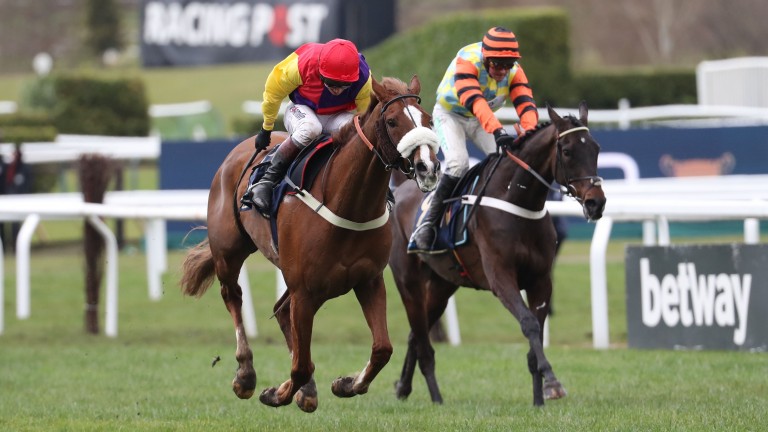 Ascot stages a couple of Grade 2 contests, with the Coral Hurdle and Christy 1965 Chase headlining a high-quality card. The Coral Hurdle has been mooted as a starting point for the exciting Laurina.

Huntingdon and Gowran Park also put on jumps fixtures, while all-weather fans have Lingfield and Wolverhampton to look forward to.

Navan stages the pick of the action, with the prestigious Troytown Handicap Chase the highlight. There's also a beginners' chase well worth keeping an eye on as Vautour, Douvan and Al Boum Photo feature among the recent roll of honour.

If you want to go racing in Britain your options are Exeter and Uttoxeter.

FIRST PUBLISHED 8:51AM, NOV 19 2018
Does the drop in trip, a sharper course and likely better ground swing things in Might Bite's favour?

Red-hot Mike O'Connor proves the master once again for in-form Henry de Bromhead 'This is a dream' - Zurekin a gallant third for the Leech team in Prix la Barka Rachael Blackmore bids for more big-race glory - but this time she's on the Flat Last race off: can Willie Mullins and Ryan Moore strike with fancied Saldier? In-foal Laurina showing the right signs ahead of Auteuil swansong Willie Mullins names the five horses he plans to take to Royal Ascot next week