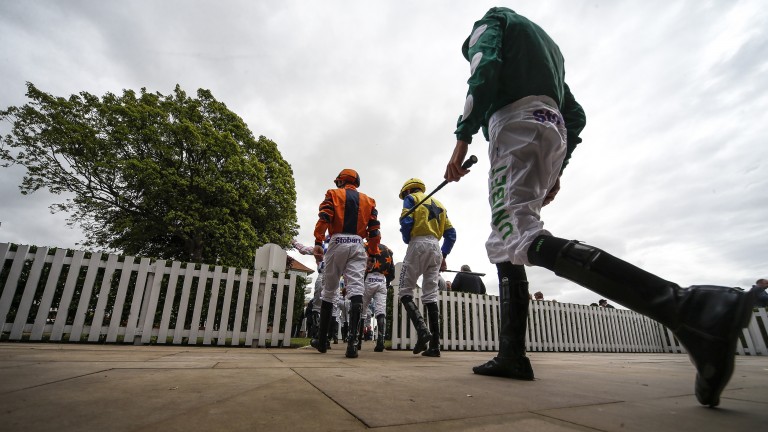 A number of jockeys have been forced to look for work outside of racing
Alan Crowhurst
1 of 1
By Andrew Dietz UPDATED 7:37PM, MAR 25 2020

Working for a funeral director, stacking shelves in a supermarket and farming are some of the alternative avenues of employment being undertaken by British racing's self-employed workers dealing with the sport's shutdown.

With racing in Britain suspended until the end of April in response to the coronavirus outbreak and few financial provisions put in place for freelancers and the self-employed, jockeys such as Thomas Willmott have taken drastic action to generate income.

Willmott, a conditional based with Scottish trainer Lucinda Russell, has turned to the funeral business in the short-term.

"My dad is a funeral director in Dorset and I've got a position with some family friends at a company called Thomas Brown & Sons in Melrose," said Willmott, 20.

"I've been brought up around it and it's something I want to do when I finish racing, so I'm using this time to concentrate on something else for a week or two."

Unlike a lot of trainers, Russell pays her jockeys a salary and Willmott admits he is in a fortunate position compared to some of his weighing room colleagues.

"Lucinda has been great and I'm in regular contact with her," he said. "The yard isn't as busy at the moment and I'll take things as they come, but I might combine riding out with the funeral work until racing returns.

"It's scary thinking about all the racing fixtures we're going to lose. Everyone's in the same boat and people are all looking for jobs, so it's a tough time."

Sam Coltherd is another conditional to temporarily fall back on a different job with his regular riding duties put on hold.

Coltherd, who is based at Sue Smith's West Yorkshire stable, has returned home to father Stuart's Selkirk farm, from where a team of around 25 horses are trained.

"Sue and Harvey have roughed off a lot of horses and told me to get myself away as there's not much happening, so I'm back home with Dad at the farm," said the 21-year-old. 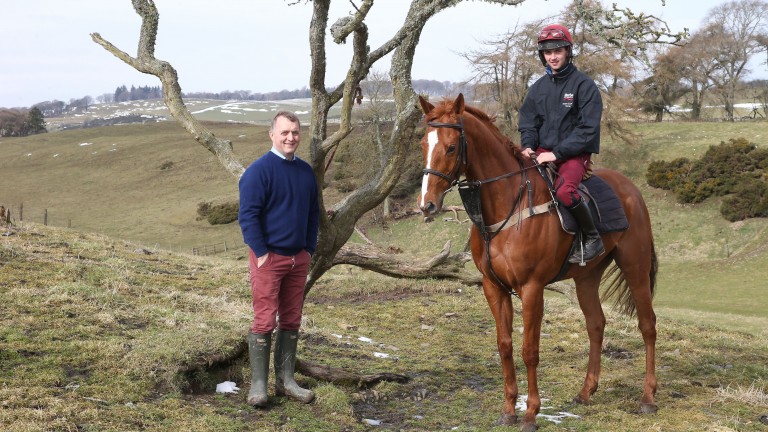 Jockey Sam Coltherd and his father Stuart at their farm in Selkirk
John Grossick (racingpost.com/photos)

"We've got 2,000 sheep to lamb and 70 cows to calf, as well as half the horses to ride out, so Dad's relieved as it will take a bit of stress away at a busy time.

"I've been in touch with most of the jockeys and we've been joking about who can get the heaviest during this period. But on a serious note, a lot of people rely on their racing wage and are worried. I heard some boys were thinking about working in forestry, but with the virus spreading there aren't many jobs to pick from."

Racecourse photographer Jonathan Grossick went from working at Cheltenham on Gold Cup day to doing shifts at his local Tesco in Dumfries in the space of a week.

Grossick, who works for his father John's business at around 15 racecourses, said: "I've got a mortgage and bills to pay and I applied for the job at 9am last Thursday and got it at 4pm the same day. It's unbelievable really, I usually take the bananas off the shelves but now I'm putting them on.

"I'm worried about how long the racing shutdown will go on for and when we do come back, in what capacity that will be. The measures for the self-employed are a minefield and hard to navigate."

At Wednesday's daily Covid-19 conference, prime minister Boris Johnson announced a package of measures to help self-employed workers during the lockdown will be unveiled by chancellor Rishi Sunak on Thursday.

FIRST PUBLISHED 5:57PM, MAR 25 2020
Everyone's in the same boat and people are all looking for jobs, so it's a tough time