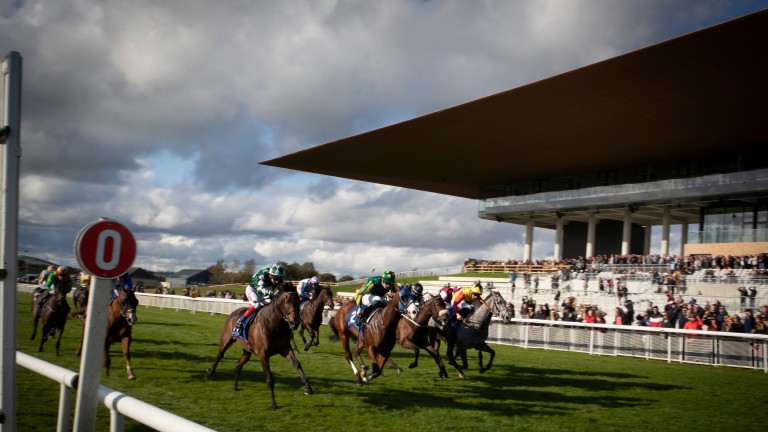 Irish racing: had been scheduled to return in phase three of the government's roadmap
Patrick McCann
1 of 1
By Brian Sheerin UPDATED 8:02PM, MAY 15 2020

Taoiseach Leo Varadkar underscored the huge importance of racing to Ireland's economy on the day it was announced the sport's resumption was brought forward from June 29 to June 8.

Varadkar also set out that Irish racing needs to be aligned with its British and French counterparts in an address to the nation on Friday.

Racing had been scheduled to return in phase three of the government's roadmap, which outlines the staggered reopening of businesses and social activities, but Horse Racing Ireland was successful in its proposal to bring it back a stage.

HRI has been refining its submissions throughout the past couple of weeks and Varadkar labelled the industry as a "big economic" sector in giving his speech. 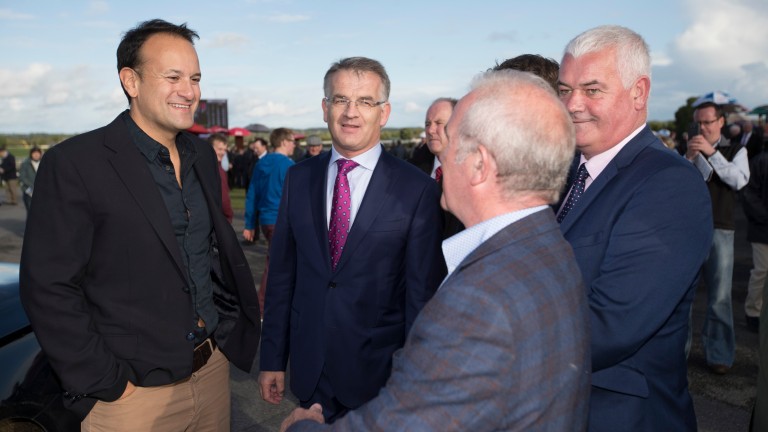 Taoiseach Leo Varadkar (left): "It's a big economic sector with a lot of jobs and income"
Patrick McCann (racingpost.com/photos)

He said: "Horseracing was never specifically mentioned in the plan we agreed back in April but now it is. Horseracing, behind closed doors, will be allowed to continue from June 8 and that's just taking into account what's happening in the UK and France."

Varadkar added: "This is a big economic sector, a lot of people are employed in it and it's worth nearly half a billion euros to the economy each year. Because people won't be able to travel to race meetings, the amount of movements happening are going to be limited.

"It's people travelling to and from their workplace essentially. It won't be open to spectators for the foreseeable future but it's a big economic sector with a lot of jobs and income. We need to be more or less aligned with what's happening in the UK and France in that regard."

Among the new protocols that will be enforced when fixtures restart behind closed doors in Ireland are:

The decision to move racing forward a phase was made at a cabinet meeting on Friday afternoon after HRI's proposals were approved by the National Public Health Emergency Team (NPHET) on Thursday.

It is understood that, among its revisions, the governing body needed to spell out in more detail the extent to which racing behind closed doors would be able to adhere to the various health measures involved in social distancing, contact tracing and numbers on duty at the track.

Fine Gael TD Martin Heydon, who fought racing's corner in the Dail on Wednesday, welcomed the decision to bring racing forward by the government.

He said: "The decision to bring forward the date for resumption of horse racing here is to be welcomed and is recognition of the strengthened Covid-19 protocols put in place by Horse Racing Ireland for racing behind closed doors.

"Government, in consultation with the chief medical officer and his team, have to get the balance right between getting the country back to work while ensuring we do not undo all of the progress made by the public in flattening the curve of Covid to date, which has avoided a surge on our hospitals and prevented many more deaths from the virus.”

Heydon added: “While there have been great sacrifices made by those in the racing industry and many other sectors of the economy, those sacrifices have been necessary as part of overall public health measures. I also understand the really significant impact these sacrifices have had not just on the horse racing sector, trainers, owners, jockeys and racecourses but the knock on implications for the horse sales and breeding sectors as well.

“That is why I fought for an earlier resumption date for horse racing than Phase 3 on June 29. Such a delay for us while racing resumed in France already and the UK in early June would have been devastating for the racing and breeding sector here that employs over 29,000 people, with most of those jobs in rural Ireland and many of them in County Kildare.”

Heydon went on to acknowledge that many industry stakeholders were hopeful of an earlier resumption date but drew on the heightened clarity provided by the government as a positive for racing.

He concluded: “While I know many in the industry would have wished for an even earlier date for resumption, the clarity around today’s decision by cabinet allows all in the industry to now plan for a safe resumption of racing with more certainty.”

FIRST PUBLISHED 2:04PM, MAY 15 2020
A lot of people are employed in racing and it's worth nearly half a billion euros to the economy each year