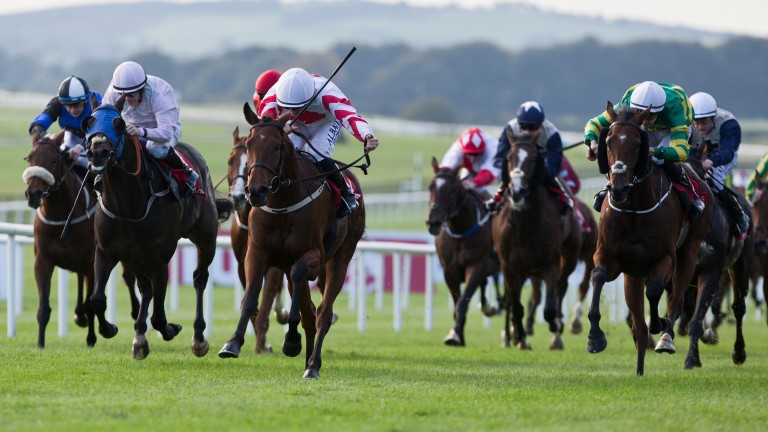 Irish racing: as it stands, all tracks will be fit to host meetings behind closed doors
Patrick McCann
1 of 1
By Brian Sheerin UPDATED 12:23PM, MAY 23 2020

Horse Racing Ireland director of racing Jason Morris has poured cold water on growing speculation that some tracks will not be fit to stage racing behind closed doors.

Wexford has been omitted from the revised fixture list for June and July, despite the fact the track was set to stage six meetings between April and July in the original programme.

However, Morris has revealed that the decision to omit Wexford from the June and July programme was by design following a request from the track and, as it stands, all tracks will be fit to stage racing behind closed doors.

Morris said: "No tracks have said that they can't race as yet. Wexford requested that its July meeting be rescheduled later in the year so that it can have a more concentrated sequence of fixtures, rather than being spaced out from early July to late October, so as to maximise operational efficiencies and to reduce the amount of track preparation and watering required."

'The work on replacing the Dundalk surface is progressing well'

Morris also revealed that Bellewstown, which up until now used temporary stabling facilities for its race meetings, was in the process of building a permanent stabling block to comply with the new Covid-19 protocols set out by HRI.

Dundalk is on track to have a new surface in place in time for its July 12 meeting, according to Morris, who also provided an update on when the programme for August and beyond is expected to be released.

Morris said: "The work on replacing the Dundalk surface is progressing well and is due to be completed on schedule in time to commence trials there in mid-June ahead of its July 12 fixture.

"It will take a couple of weeks realistically to finalise the dates for the fixture list for the August to December period as the shorter-term priority next week will be constructing the National Hunt and Flat programmes through to the end of Galway week, which will see a significant expansion of racing and date changes compared to the original schedule."

FIRST PUBLISHED 10:37AM, MAY 23 2020
The work on replacing the Dundalk surface is progressing well