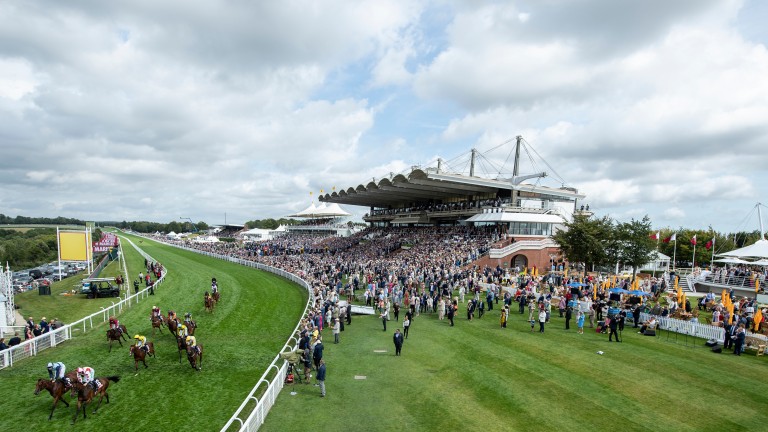 Glorious Goodwood: set to take place on its usual dates
Edward Whitaker
1 of 1
By Racing Post staff UPDATED 1:13PM, MAY 23 2020

A full fixture list for June, July and August was published by the BHA on Friday night.

Many meetings, including Glorious Goodwood (July 28-August 1) and the York Ebor meeting (August 19-22), remain in their originally scheduled slots.

The first jumps fixture since the suspension of racing is scheduled for Southwell on July 1, while there will continue to be just three fixtures a day – apart from on Saturdays, when there will be four from June 13 onwards – through to the end of the period.

Meetings in Scotland and Wales have also been scheduled, although they have not yet been assigned to racecourses as discussions continue with the devolved governments.

The BHA also announced that the previously announced field size limit of 12 will not apply in races of Listed or higher grade, since the risk modelling that indicates smaller fields reduce the risk to participants does not apply.

The regulator said it was reviewing the British government's announcement on Friday that international travellers, other than those coming from Ireland, would have to self-isolate for 14 days. Under current plans, international runners will only be allowed in Group 1s for the first fortnight of racing, before being accepted in all Pattern and Listed races from June 15 onwards.

A full race programme for June is due to be published on Monday, May 25.

FIRST PUBLISHED 9:19PM, MAY 22 2020
Meetings in Scotland and Wales have also been scheduled, although they have not yet been assigned to racecourses